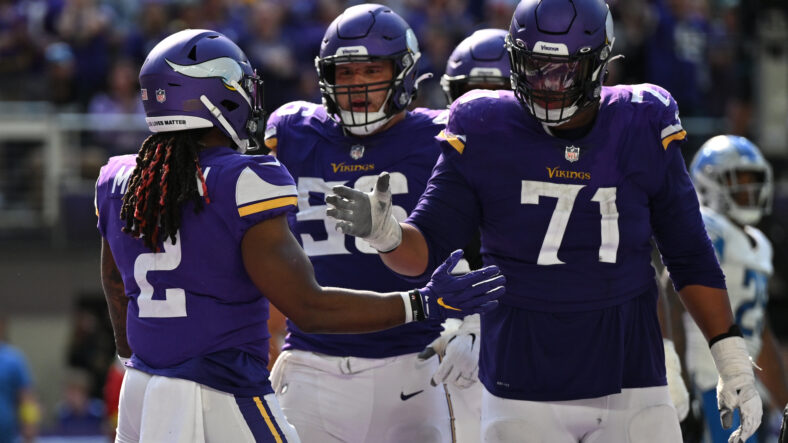 The Minnesota Vikings host a Thanksgiving game with the New England Patriots on Thursday at 7:20 pm CST, the 11th regular season game of the 2022 season.

The Vikings injury report isn’t ideal, as left tackle Christian Darrisaw is out versus a ferocious Patriots pass rush.

New England has four players formally on the injury report.

These are each team’s injured players one day before Week 12.

Za’Darius Smith and Justin Jefferson were notably banged up in Week 11 but will play against the Patriots.

New England defenders Anfernee Jennings (EDGE) and Josh Uche (LB) were hampered or didn’t partake in practice at points throughout the week but were removed from the final injury report.

The Vikings are favored by three points over the Patriots in Week 12. New England leads the all-time win-loss series over Minnesota, 9-4 (.692). The Vikings haven’t beaten the Patriots since 2000, before the Tom Brady era.

Minnesota is the only team in NFL history to have eight wins or more through 10 games with a negative point differential against all opponents (-2).