The Vikings Can Feast on Struggling Dolphins OL 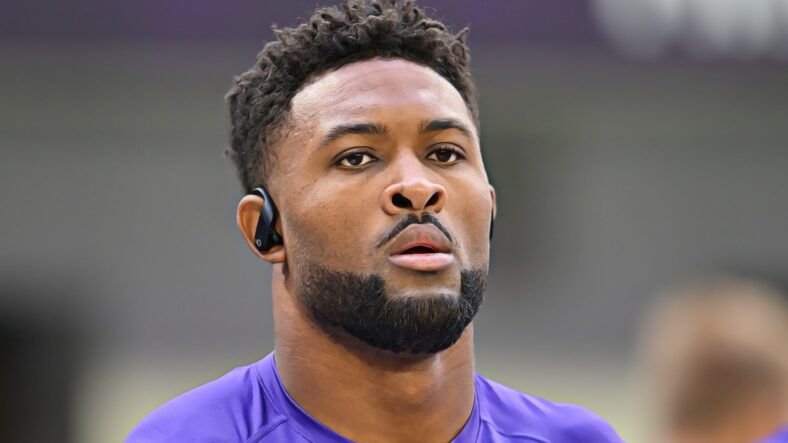 The Minnesota Vikings’ defensive line may be set up for a big day in Sunday’s game against the Miami Dolphins, and it isn’t just because Miami will be starting rookie Skylar Thompson. For the second straight day on Thursday, Dolphins left tackle Terron Armstead missed practice with a toe injury. This injury kept Armstead off the field in last week’s loss to the New York Jets for all but eight plays.

When Armstead left, Brandon Shell came in and took his place. While PFF (Pro Football Focus) gave Shell a 68.4 run-blocking grade, they were less forgiving in his pass protection. After giving up seven pressures and four quarterback hits, Shell was given a 15.2 pass-blocking grade for the day. Despite having 61 career starts in his seven-year career, none have come at left tackle. That will likely change against the Vikings.

The absence of Armstead isn’t the only cause for concern in Miami. Like Shell’s game on Sunday, the Dolphins have been serviceable so far in run-blocking. But the pass blocking has been generally poor, as they rank last in the NFL in pass blocking via PFF. ESPN Analytics hasn’t been much kinder, ranking the Dolphins 26th in the league (53%) in team pass-blocking winning percentage. For comparison’s sake, the Vikings rank fifth in the same metric with a 65% win rate.

Armstead’s original bookend teammate on the line, Austin Jackson, has also missed time. Jackson only played 14 snaps before being placed on injured reserve after hurting his ankle in Week 1. His replacement, Greg Little, has done, ahem, little to inspire confidence during Jackson’s rehab. Little has yielded 15 pressures, three quarterback hits, and two sacks in Jackson’s place. He is currently ranked 72nd of 72 tackles in both pass-blocking and run-blocking in PFF’s grades.

Center Connor Williams and right guard Robert Hunt have actually performed well overall. Williams has received a 64.8 grade from PFF, and Hunt has notched an 80.6, second-highest among all offensive players. But their left guard, Liam Eichenberg, has struggled mightily.

Eichenberg was the 42nd overall selection in the 2021 NFL draft, but he has yet to take the next step in his development to justify the selection. He has surrendered 15 pressures, three quarterback hits, and two sacks thus far. He is currently rated 73rd out of 75 guards through five games. This is after grading out 80th of 83 guards as a rookie.

This could be the sort of matchup that helps the Vikings’ defensive line find its groove. Through five games, they have only gotten to the quarterback 11 times, tied with six other teams for 12th in the NFL. That isn’t necessarily the most alarming stat ever. However, the secondary has struggled to shut down opposing passing attacks throughout the early season. The Vikings will need a more consistent pass rush to take the pressure off them if they want to be taken seriously as contenders.

Last week, defensive coordinator Ed Donatell said it takes players time to transition from a 4-3 defense to the 3-4 alignment he runs. With a bye week awaiting the team after their trip to Miami, this could be the perfect time for the transition to finally click.