The Vikings 2022 Offense by the Numbers: After Week 2 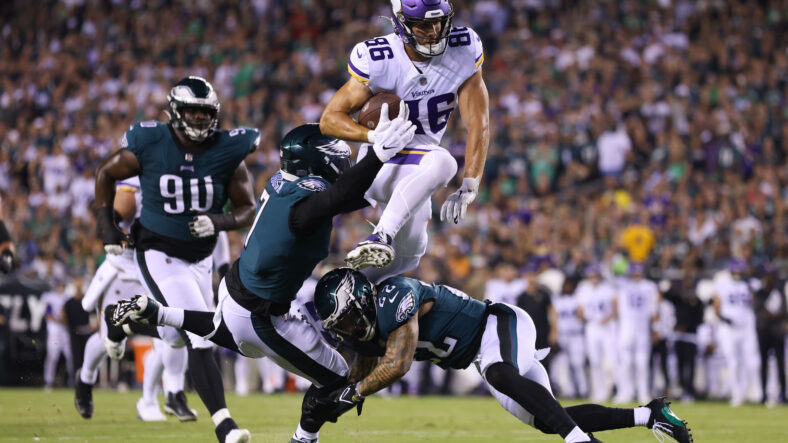 The Minnesota Vikings have two games in the books in 2022, with a 1-1 record heading into Week 3.

First-year head coach Kevin O’Connell lost for the first time, thanks to a humbling experience from the Philadelphia Eagles on Monday Night Football. Next up, the Vikings return home for a date with the upstart Detroit Lions.

The Vikings are early six-point favorites versus the Lions, despite the poor showing in Philadelphia. In fact, the national media panicked very little about the Vikings woes.

These are the Vikings offensive rankings through Week 2.