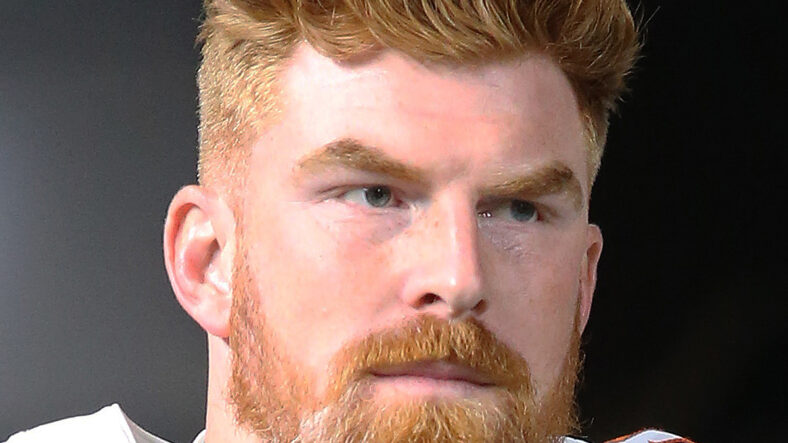 As a member of a fourth different team, QB2 Andy Dalton is poised to take the reins of the New Orleans Saints in Week 4 as his team battles the 2-1 Vikings in London.

Starter Jameis Winston was listed as doubtful on Friday, all but ruling out the Saints quarterback.

Dalton has the odd distinction of facing the Vikings as QB1 of four franchises — the Cincinnati Bengals, Dallas Cowboys, Chicago Bears, and now Saints. His teams are 2-2 (.500) against Minnesota. He owns an 8-touchdown to 5-interception split versus the Vikings, with a 91.5 passer rating and 251.0 passing yards per game.

For Minnesota, the Dalton news shouldn’t be totally celebrated as the team has a documented history of losing to backup quarterbacks. Cooper Rush filling in for Dak Prescott last Halloween, Matt Moore for Patrick Mahomes’ Kansas City Chiefs in 2019, and of course, Dalton for Prescott in 2020 are recent examples, among others.

It doesn’t have to be that way, though. Mike Zimmer was the Vikings coach for the last eight years before Kevin O’Connell took over, and Zimmer’s defenses curiously struggled versus QB2s. Not preparing for the “other guy” is the only thing that makes sense in those situations. Now, however, Minnesota has new leadership, so perhaps the QB2 woes can cease.

Winston is doubtful, nursing a back injury back to health. And he’s not the only impactful Saints player in jeopardy of missing the London party. Once borderline-legendary wide receiver Michael Thomas has been ruled out for Week 4, and right guard Andrus Peat was absent from Friday’s practice.

The Vikings may play an undermanned New Orleans squad.

The Vikings and Saints last met on Christmas day of 2020 when New Orleans disemboweled Minnesota by a score of 52-33, thanks to 7 — yes, 7 — rushing touchdowns. Before that, the Vikings dialed up the Saints number for a postseason win in the 2019 playoffs.

Sunday’s game marks the first time in 16 years that the Vikings will play a New Orleans team without Drew Brees. With Winston likely out, the point spread moved from -2.5 to -3.5 in favor of the Vikings.