The Next Vikings Opponents Will Look Different 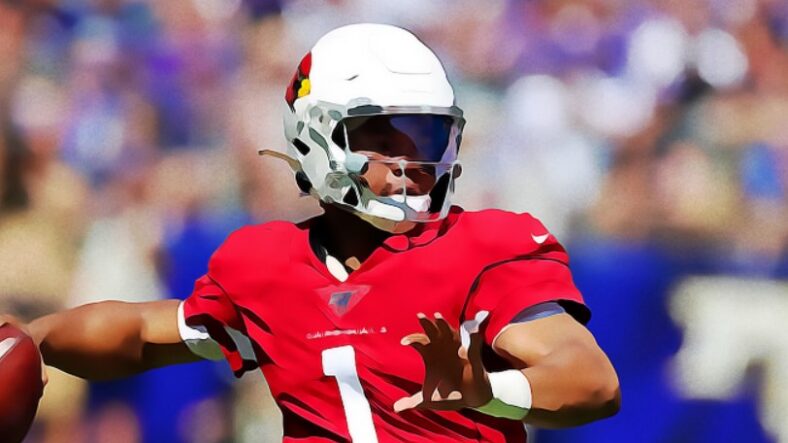 The Minnesota Vikings are riding high into their bye week after defeating the Miami Dolphins, 24-16, on Sunday. The Dolphins, of course, were without starting QB Tua Tagovailoa, and they missed their star RT Terron Armstead while starting rookie Skylar Thompson at QB, who was eventually replaced by Teddy Bridgewater. As it turns out, this isn’t the last Vikings opponent in the coming weeks that will look substantially different on the offensive side of the ball.

Minnesota’s next two games are against the Arizona Cardinals and Washington Commanders. Both teams announced news on Monday that could drastically change how their offenses look against the Vikings.

Some Flip-Flopping in the Cardinals WR Room

For the Cardinals, they undergo multiple changes this week. First and foremost, star receiver DeAndre Hopkins returns from his six-game suspension in Week 7 and should play his second game of the season against the Vikings. This return cannot be overstated. He’s recorded 1000 receiving yards in six of the past eight seasons and is a three-time All-Pro for a reason.

However, that’s not the only difference in the Cardinals receiver room ahead of the Week 8 game against Minnesota. On Monday morning, Arizona made a trade to acquire wide receiver Robbie Anderson from the Carolina Panthers. Anderson has been involved in trade talks ever since Matt Rhule was fired from the team, and they finally pulled the trigger on Monday.

This move became even more important after Ian Rapoport also announced that Marquise Brown suffered a foot injury that will keep him sidelined for six weeks.

This is a massive blow for the player that has effectively been Arizona’s WR1 so far this season. He’s been targeted at least six times in each of the Cardinals first six games, recording 43 receptions, 485 yards, and 3 TDs.

Certainly, this is a ton of production that must be replaced by Arizona moving forward, but Anderson and Hopkins should be viable options moving forward.

On Thursday night, Washington Commanders QB Carson Wentz fractured his ring finger on his throwing hand against the Chicago Bears. He stayed in the game following the injury, but it seems that the starting Commanders QB is headed for a stint on the IR.

Obviously, this season has not been particularly great for the Commanders or their new starting quarterback. Washington is 2-4 in the basement of the NFC East, and Wentz has passed for 1489 yards, 10 TDs, and 6 INTs along the way.

With the injury, it appears that the Vikings could be set to face Taylor Heinicke when they take on the Commanders in Washington on November 6th. Heinicke spent the 2015 and 2016 seasons on the Vikings practice squad before bouncing around the league and eventually landing in Washington.

We shall see if the Vikings can overcome the Commanders despite going up a mobile backup QB.

Josh Frey is a Class of 2020 graduate of The College of Idaho with a bachelor’s degree in Creative Writing as well as minors in History, Human Biology, and Journalism. When he’s not writing about the NFL, Josh enjoys marathon training, playing video games, or rooting for the Milwaukee Brewers and Bucks. For more of his opinions, NFL and otherwise, check out his Twitter account: @Freyed_Chicken.