The Nationals Folks Picking the Cowboys over Vikings 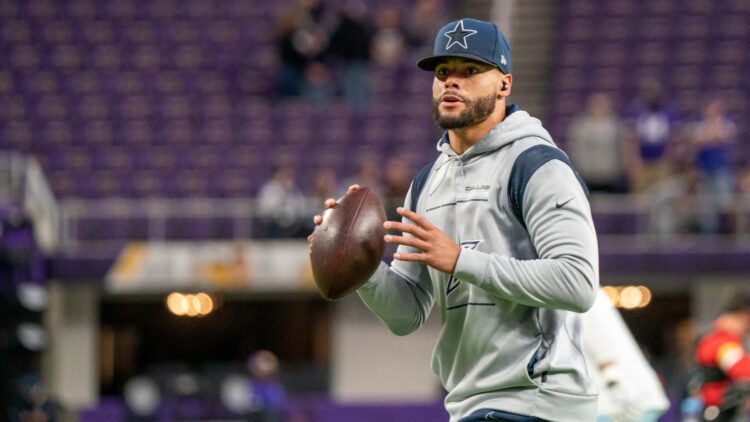 The Minnesota Vikings (8-1) are 1.5-point underdogs three days before a showdown with the Dallas Cowboys (6-3) in Week 11.

The Cowboys lost to the Green Bay Packers, 31-28, in Week 10 on the road, squandering a 4th Quarter lead to the desperate cheese team. The Vikings shocking conquered the Buffalo Bills via comeback, 33-30. Minnesota sits atop the NFC North with a 4.5-game lead on the Green Bay Packers.

According to NFLPickWatch, a website that logs NFL experts’ weekly picks, about 63% of folks believe Minnesota will take down Dallas at U.S. Bank Stadium in Week 11. The Vikings have a 15-18 (.454) all-time record against the Cowboys.

A handful of notable personalities forecast a Cowboys over Minnesota, as the Vikings will experience Dak Prescott for the first time in Minnesota since 2016. Minnesota previously lost to Dallas teams led by Andy Dalton and Cooper Rush at home. As of Thursday, these individuals predict Dallas sending the Vikings to an 8-2 record:

Michael Davis Smith from Pro Football Talk said about the Vikings-Cowboys matchup, “The Vikings have the better record, but the Cowboys are the better team. They’ll prove it in Minnesota.”

On the other hand, Vinnie Iyer from Sporting News predicted a Vikings victory, “The Cowboys’ secondary will [struggle and] give up more big plays to Justin Jefferson. Dallas doesn’t have the same firepower answer, especially when Dak Prescott isn’t playing as consistently well as Kirk Cousins.”

The Vikings may face a couple of old friends this weekend, Anthony Barr (if healthy) and Jayron Kearse. The Cowboys defense ranks second in the NFL per defensive DVOA.

If the Vikings are triumphant, they’ll be 9-1 in a season for the first time since 2009.