The Most Important Aspect of Vikings Win over Cardinals 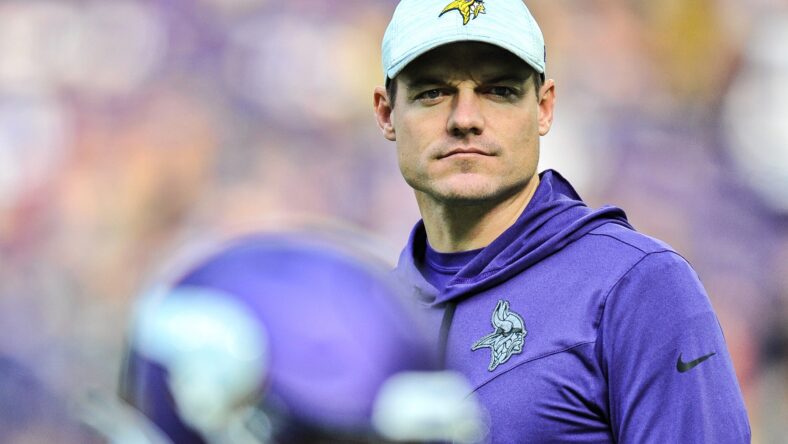 The Arizona Cardinals fell to the Minnesota Vikings in Week 8, 34-26, dropping their record to 3-5 inside a season where head coach Kliff Kingsbury’s rump gets hotter.

Conversely, for the Vikings, new skipper Kevin O’Connell has authored the best start to a Vikings season through seven games since 2009.

But the Vikings mere climb to 6-1 isn’t the most important aspect of the franchise’s triumph over Arizona. It’s proof that the pre-bye performance was not a mirage.

Folks around the Twin Cities haven’t shown the usual zest about a 6-1 team, chiefly because the Vikings haven’t blown the doors of an opponent. And throughout Vikings history, when the team is rocking and rolling — to the tune of 6-1 — at least some opponents encounter slaughters.

None of Minnesota’s opponents have been slaughtered.

So, Vikings enthusiasts walk on purple eggshells, waiting for the 2022 season to reveal itself as similar to 2016. But that simply isn’t happening.

The 2016 season began with five wins by score margins of 9, 3, 12, 14, and 18. While the offense didn’t cook in 2016, Minnesota’s defense and special teams suffocated opponents to start the season. Meanwhile, these Vikings are winning playoff-atmosphere squeakers. Aside from Weeks 1 and 2, every game is a rollercoaster of emotion. Fans are chomping at the bit for one opponent’s demolition to get ultra-hyped.

Yet, for now, the 2022 Vikings aren’t there. They’re a talented roster led by a rookie head coach who hasn’t concocted the formula to disembowel an opponent.

The most vital achievement on Sunday was the Vikings competent play. They didn’t come out flat. The team had a bye week, time to prepare for a well-rested Cardinals team, and rose to the occasion. In the last couple of years, the Vikings exited a bye week looking buffoonish. Doing so in Week 8 versus Arizona would’ve echoed 2016. There was no echo.

From 2010 to 2021, Minnesota was 3-9 (.250) in games immediately following a bye — an utterly embarrassing mark. Bye weeks are supposed to be advantageous, allowing players to heal and coaches time to scheme for the next opponent. The recent brands of Vikings used the bye to get worse. See: 2016 Vikings.

O’Connell rejected Zimmerism and prepped the 2022 group for victory. Like it should be, the bye week was not a detriment, and the Vikings 5-1 start was not a fluke.