The Jets Trade with Jaguars Is a Measuring Stick for Vikings 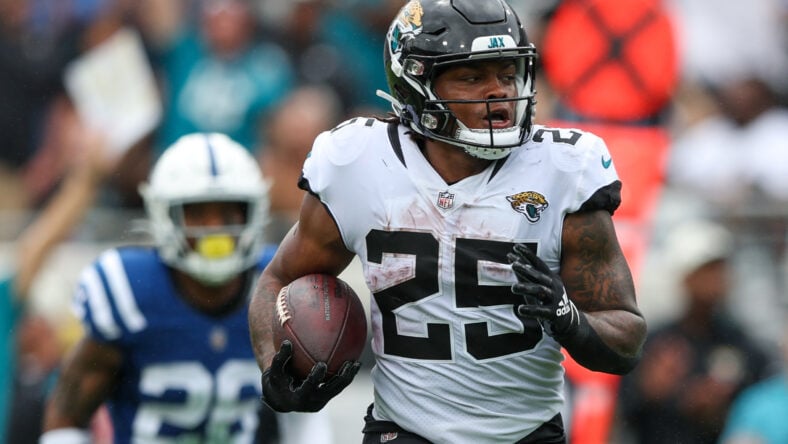 The Jacksonville Jaguars (2-5) traded running back James Robinson to the New York Jets (5-2) on Monday for a conditional 6th Round draft pick in 2023.

The Jets lost blossoming-star halfback Breece Hall in Week 7 to a torn ACL, and Robert Saleh’s team isn’t messing around to remain relevant in the AFC’s playoff chase.

And in a backhanded way, the trade applies to the Minnesota Vikings. Of course, Minnesota is largely unaffected by the trade — aside from presumably facing James Robinson when the Vikings play the Jets in December — but the trade capital for Robinson is noteworthy.

A 6th-Round pick was the asking price for Robinson. The draft selection can become a 5th-Rounder if Robinson rushes for 600 yards this season, which is likely to occur as the 24-year-old already has 340 yards. During the spring and summer, because the Vikings had ample depth at running back, fans dreamed that RB Alexander Mattison could be traded elsewhere for a 3rd-Round pick or so.

That was never going to happen, nor anything close to it.

Spitballing a 3rd-Rounder for Mattison — or anything in the ballpark of that kind of draft capital — was merely Madden-ish brainstorming. The idea wasn’t realistic. Robinson joining the Jets for a probably 5th-Rounder places Mattison’s pricetag in the same theoretical zone — and perhaps lower.

The Vikings are unlikely to trade Mattison now as rookie running back Ty Chandler is on injured reserve and RB1 Dalvin Cook usually misses a handful of games. Mattison is the RB1 contingency plan for Cook’s eventual 1- to 3-game absence. For Cook, it’s clockwork that he’ll miss time.

However, for Vikings enthusiasts, the Robinson trade is a lesson. Speculating Mattison’s departure from the team for a mid-round pick was a totally extreme best-case scenario. If new general manager Kwesi Adofo-Mensah even explored dealing Mattison at all, the trade compensation was likely akin to Jaguars “haul” for Robinson.

And that’s likely why Mattison is still on the team as an RB2 — he’s more valuable to the franchise than a 6th-Round draft choice. The Robinson deal vivified the reality of running backs’ worth.