The Folks Picking the Commanders over Vikings 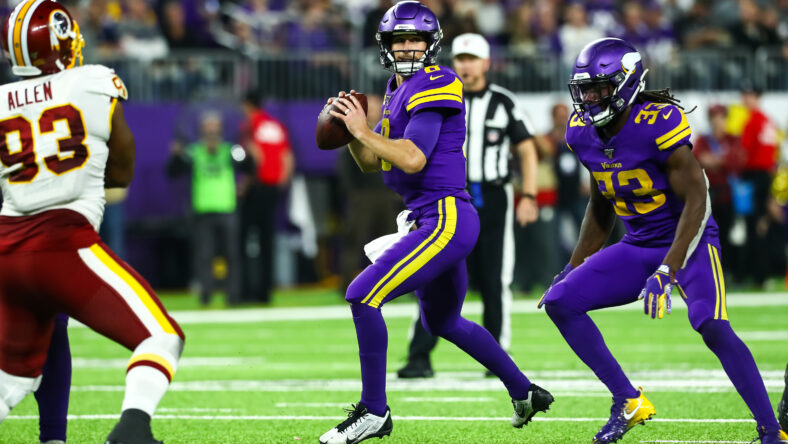 The Minnesota Vikings (6-1) are 3.5-point favorites three days before a showdown with the Washington Commanders (4-4) in Week 9.

The Commanders beat the Indianapolis Colts, 17-16, in Week 8 on the road, extending their winning streak to three games. The Vikings conquered the Arizona Cardinals in Week 8, 34-26. Minnesota sits atop the NFC North with a 3.5-game lead on the Green Bay Packers.

According to NFLPickWatch, a website that logs NFL experts’ weekly picks, about 92% of folks believe Minnesota will take down Washington at FedEx Field in Week 9. The Vikings have a 14-13 (.518) all-time record against the Commanders.

A handful of personalities forecast a Commanders win over the Vikings, though, even as quarterback Kirk Cousins eyes his version of a “revenge game.” As of Thursday, these individuals predict Washington sending the Vikings to a 6-2 record:

Pete Prisco from CBS Sports said about the Vikings-Commanders matchup, “Minnesota hasn’t been blowing teams out, but have been finding a way. The Commanders defense has played better lately and I think it will here. The Commanders take it in a slight upset.”

Prisco picked the Commanders over Vikings, 27-26.

Michael David Smith from Pro Football Talk noted about Vikings at Commanders, “The Commanders have played better with Taylor Heinicke than they did with Carson Wentz. But they won’t play well enough to play a Vikings team that is beginning to look like a legitimate contender to get to the Super Bowl.”

The Vikings will face an old friend as QB1 in Washington, Taylor Heinicke. The 29-year-old began his career in Minnesota seven years ago.

If the Vikings are triumphant, they’ll be 7-1 in a season for the first time since 2009.