The Folks Picking the Bears over Vikings 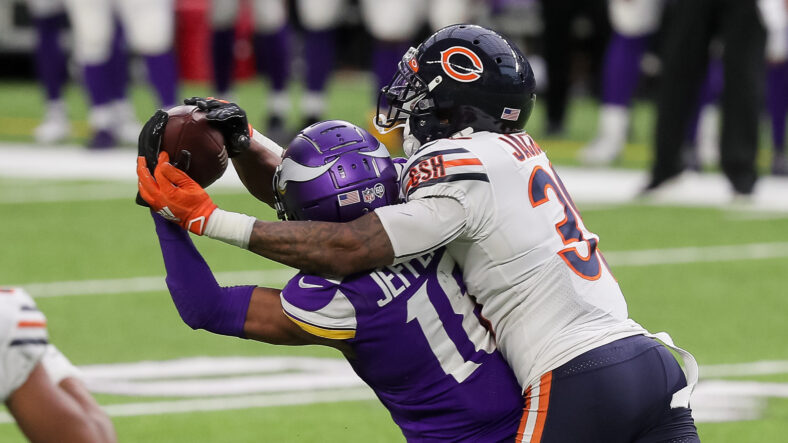 The Minnesota Vikings (3-1) are 7.5-point favorites three days before a showdown with the Chicago Bears (2-2) in Week 5.

The Bears lost to the upstart New York Giants, 20-12, in Week 4 and must win to avoid sliding into a 2-3 hole for the NFC’s evolving playoff picture. The Vikings conquered the New Orleans Saints 28-25 in a warrigal game at Tottenham Hotspur Stadium last weekend.

According to NFLPickWatch, a website that logs NFL experts’ weekly picks, about 98% of folks believe Minnesota will take down Chicago at U.S. Bank Stadium in Week 5. The Vikings have a 63-57-2 (.524) all-time record against the Bears.

A handful of personalities forecast a Bears win over the Vikings, though. As of Thursday, these individuals predict Chicago sending the Vikings to a 3-2 record:

When asked about the Bears upset, Sean Borman of Vikings Territory explained, “I think there may be a travel hangover, and my gut feeling is off about this game. It’s getting tougher to find seven losses on the Vikings schedule, the amount I predicted at the start of the regular season.”

Playing the Bears at home has been mostly a fruitful endeavor for the Vikings, whether at Metropolitan Stadium, the Metrodome, TCF Bank Stadium, or U.S. Bank Stadium. But the road games at Soldier Field are brutal.

The Bears are also curiously rebuilding in 2022, a strange mindset with a quarterback in Justin Fields who should be receiving the most roster support possible. Accordingly, Minnesota’s depth chart is superior to Chicago’s, but the franchises are fierce rivals, so we shall see what gives.

Sunday’s game will mark the first time the Vikings have played the Bears in Minnesota before the month of November since 2006.