The Bills Are Confident — Even if Josh Allen Can’t Play 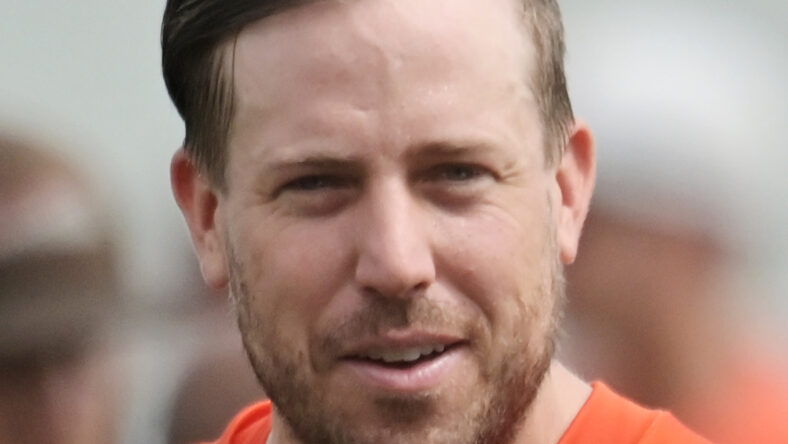 While they would assuredly miss MVP frontrunner Josh Allen, the Buffalo Bills aren’t spooked by rolling with Case Keenum, if necessary.

Allen injured his elbow in a Week 9 loss to the New York Jets, jeopardizing his availability this weekend versus the 7-1 Minnesota Vikings.

And as the week progresses, it sounds more and more like Allen could be shelved, at least for a week, to avoid long-term damage to his UCL. The Bills brass has used phrases like “we’ll see,” “common-sense approach,” and “we’ll know more later” about Allen’s prognosis.

If Allen indeed misses Week 10, Keenum would start, a man with historical and emotional ties to the Vikings.

When asked about the prospect of inserting Keenum into the starting lineup this weekend, Bills skipper Sean McDermott didn’t flinch, “We believe in Case Keenum. He’s here for a reason.”

Keenum was Minnesota’s QB2 in 2017, assuming the QB1 title when Sam Bradford was lost for the season. He helped drag the Vikings to an NFC Championship appearance, lost to Philadelphia, and joined the Denver Broncos a little over a month later. The Vikings commenced the Kirk Cousins era, and Keenum bounced around the NFL like a pinball.

Well, he landed in Buffalo this offseason, ironically on track [perhaps] to start against his old team.

“I’ve done it a bunch of times. I know how to treat those weeks,” Keenum told reporters about his perspective on “revenge games” and facing the Vikings on Sunday.

Additionally, the Vikings have floundered against some backup quarterbacks in recent years — Andy Dalton (Cowboys), Cooper Rush (Cowboys), Chase Daniel (Bears), and Matt Moore (Chiefs). So, it’s not like Keenum would be encountering a team with a pristine resume against QB2s. Couple that with the Bills insistence that Keenum can do the trick, and Minnesota could have a rough assignment on tap in Week 10.

“He gives you that confidence that you can win,” McDermott concluded.

Keenum had a crack at the Vikings and vengeance in 2019 as a member of the Washington Commanders. But he struggled immensely, got concussed, and Washington lost 19-9 at U.S. Bank Stadium.

Early betting lines tabbed the Bills as 7.5-point favorites to beat the Vikings. But with Allen’s injury mystery, the spread has tightened to 3.5 points in favor of Buffalo.

The Vikings last won a game in Buffalo 25 years ago.