Sunday’s Matchup Will Be a Revenge Game for 2 QBs 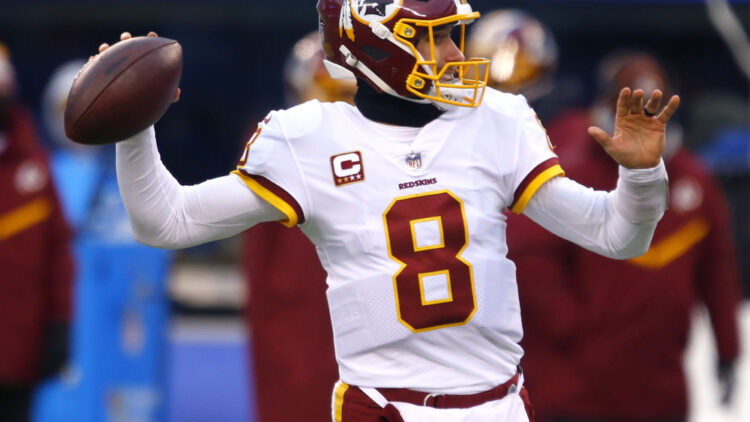 The Vikings exceeded expectations early in the season with their impressive 6-1 record. In Week 9, the team with five consecutive wins faces the Washington Commanders, who have won their last three games and are currently sitting at a 4-4 record.

Despite their serviceable record, the Commanders are last in the NFC East, a division that is surprisingly one of the best in the league after multiple years of the opposite. Sunday’s matchup offers a fascinating story, as both quarterbacks started their NFL journey with the opposite team.

Not a Franchise QB?

Cousins was a Washington fourth-round selection in 2012, the same year it drafted Robert Griffin III. In fact, he even was their second selection because the trade-up for Griffin cost them their other picks. Folks in Washington wanted weapons on offense for RG3 and not a backup. The current Vikings quarterback was never expected to take over as a starter. However, Griffin’s injury problems and inconsistent play opened the door for Cousins.

He showed enough in some spot starts to earn the starting job in 2015 and stayed with the organization until the end of the 2017 campaign. The Washington front office and the quarterback could not agree on a long-term contract extension, and Cousins played two seasons under the franchise tag before he signed with the Vikings in the 2018 offseason.

Since then, Cousins signed two extensions in Minnesota and has been one of the most productive passers in the league. After more than four years of struggling quarterback play, the Commanders indeed regret letting Cousins walk.

Some amazing numbers show the mistake. Washington has a passer rating of 82.2 since Cousins left. The Vikings quarterback, meanwhile, has a rating of 102.1. He also has a touchdown to interception ratio of 135 to 41. Washington has an abysmal 84 to 67 and about 2,000 fewer passing yards.

The controversial franchise employed a plethora of different quarterbacks. Most of them are not NFL starting-caliber players. Taylor Heinicke, Alex Smith, Dwayne Haskins, Case Keenum, Kyle Allen, Carson Wentz, Colt McCoy, Josh Johnson, Mark Sanchez, Ryan Fitzpatrick, and Garrett Gilbert appeared in games after Cousins’ departure. The inconsistency is so blatant that Cousins is still leading the franchise in passing yards and touchdowns since 2017. He only needed to play 16 games for that feature.

Taylor Heinicke was an undrafted free agent in 2015, coming out of Old Dominion. He was on the Vikings roster for two seasons before he began his journeyman career. Heinicke showed some promise and had some preseason heroics. However, the previous Vikings’ regime moved on instead of keeping him around. His following three teams were the Patriots, the Texans, and the Panthers. He also played in 2020 for the St. Louis BattleHawks in the XFL before Washington picked him up late in the 2020 season.

Heinicke started in Weeks 16 and 17 and also started against the Tom Brady-led Buccanneers in the wild-card round. His gunslinger mentality and underdog mindset made him a fan favorite. The quarterback started 15 games in 2021 after designated starter Ryan Fitzpatrick went down with a hip injury. In 2022, once again, Washington brought in another starter, and Heinicke came in to relieve him when Carson Wentz was placed on injured reserve with a finger injury.

The Commanders have won both games, which Heinicke started in 2022. Heinicke showed his classic gunslinging mentality, especially in clutch moments. He tore the Packers’ defense apart late in the fourth quarter and pulled off a comeback win with his receiver, Terry McLaurin, playing a significant role.

Like Washington, the Vikings had trouble finding a replacement for Heinicke. Of course, it’s better to have a hole at the backup quarterback position than at the starting spot. After also losing Case Keenum in 2018, the Vikings had the uninspiring Trevor Siemian and Sean Mannion as backups and traded for Nick Mullens in the preseason.

Neither the Vikings wanted to commit to Heinicke long-term as a backup option, nor Washington to Cousins as a franchise quarterback. Both passers have the opportunity for some revenge on Sunday. 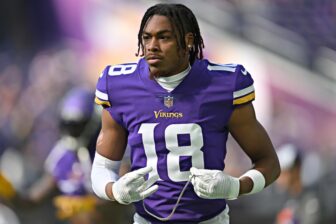