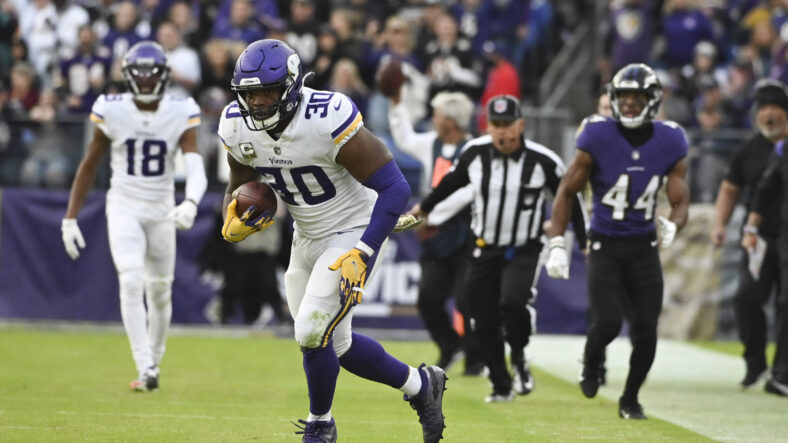 Minnesota Vikings fans have spent [too much] time this offseason debating whether the team was “this close” to being good in 2021 or just a conglomeration of mediocre players.

Well, the “this close to the playoffs” crowd has new ammunition this week, provided by PointsBet Sportsbook. If the cosmos somehow subtracted the last two minutes of halves last year, the Vikings would’ve finished the season 15-2 with homefield advantage and a first-round bye.

Of course, this is total revisionist history, opting to cherry-pick a statistic to prove a point. The point? The Vikings collapsed defensively at the end of the 2nd and 4th quarters ad nauseam in 2021. This does not mean Minnesota was “screwed” or even all that close to the postseason. However, one can’t help but ponder the team’s 2021 ceiling if it possessed an at-least-average situational defense.

The PointsBet stat also hit a day after CBS Sports tweeted the gritty details about the Vikings abysmal end-of-half defenses as of late.

Outside of the moments it mattered the most, Zimmer’s 2021 defense wasn’t too bad. Per defensive EPA/Play, the Vikings ranked 12th in the NFL last year — even with the gruesome final-two-minute statistics.

The almost-15-2 revelation may also explain why the Vikings made very few roster moves this offseason. Because the franchise experienced back-to-back losing seasons — with no clear-cut plan for change — Minnesota’s ownership fired Rick Spielman and Mike Zimmer in January, replacing the long-time leaders with Kwesi Adofo-Mensah and Kevin O’Connell.

Together, Adofo-Mensah and O’Connell had a greenlight to revamp, rebuild, and reintroduce the Vikings roster. But they emphatically didn’t do that. Instead, Adofo-Mensah retained most of the existing roster and onboarded a handful of free agents, plus a full draft class.

On the whole, though, the Vikings 2022 roster resembles the 2021 version. Perhaps someone whispered in Adofo-Mensah’s ear that the team isn’t too far from contention.

So, book it. If the Vikings don’t disintegrate in the final two minutes of halves — you know, crunch time — a division crown could be in sight. Maybe even more.