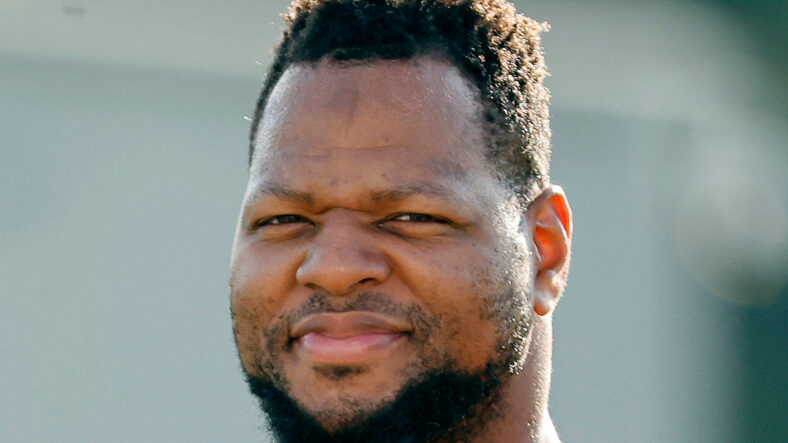 VikingsTerritory’s Purple Rumor Mill is a two-day chronicle each week. All the week’s rumors are lassoed and plopped in two spots — articles on Saturday and Sunday — for review. Today is the September 10th edition.

Rumor: Ndamukong Suh is close to signing with a team.

Unless Suh is teasing, this rumor appears correct. Suh tweeted this on Friday:

The Vikings and Suh have flirted all summer, separated by money. Minnesota doesn’t have oodles of cap space, and Suh doesn’t want a tiny contract. Ergo, the standoff has persisted since June.

However, per the Suh tweet, the future Hall of Famer seems poised to sign somewhere soon. The Vikings, Raiders, and Browns were theorized as landing spots in June, so we shall see if those whispers were true.

A small portion of fans would be maenadic about adding Suh because of his “dirty player” perception. But Suh has mellowed over the years despite lasting memories for some folks.

If you ask Kyle Brandt or Michael Irvin from NFL Network, this is accurate. As part of the pre-Week 1 hype training, Brandt and Irvin offered smoke for a Cousins MVP season.

Brandt went all out.

And Irvin stuck to a graphic.

Most pundits assume Aaron Rodgers won’t win the trophy for a third consecutive season, so they’re trying to identify the dark-horse, out-of-nowhere guy to win MVP. And for Brandt and Irvin, that’s evidently Cousins.

The Vikings employ an offensive-minded head coach for the first time since 2010. And if you don’t feel Brad Childress was offensive-minded like Kevin O’Connell, dial the clock back to Mike Tice.

Rumor: Jonathan Bullard is a starting defensive lineman for the 2022 Vikings.

Armon Watts is out. The aforementioned Suh isn’t in yet. That leaves Jonathan Bullard, an unsung free-agent pickup from the Atlanta Falcons, as “the guy” upfront next to Harrison Phillips and Dalvin Tomlinson.

Bullard’s addition to the Vikings roster a few months ago seemed like a nothingburger signing, but let that be a cautionary tale on nothingburger transactions. Sometimes they pan out.

Bullard played with Ed Donatell in Chicago for three years, and those coach-player ties in sports matter. Accordingly, Bullard now starts for the Vikings, with Watts battling for a starting job in Chicago. Of course, if Suh signed with the Vikings, Bullard would slide back a plank on the depth chart.