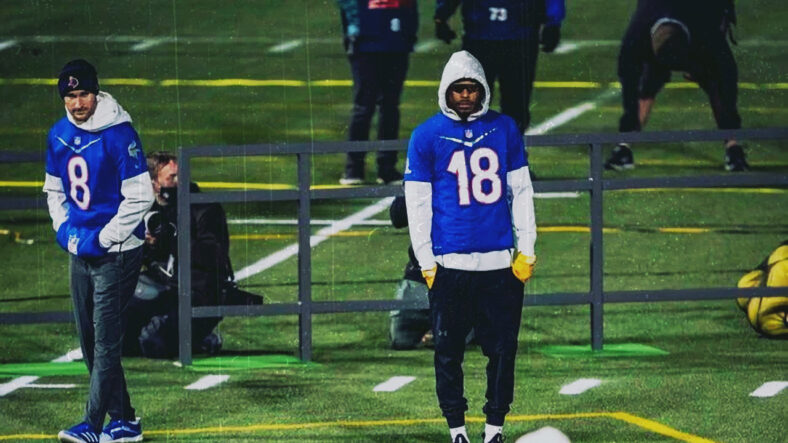 VikingsTerritory’s Purple Rumor Mill is a two-day chronicle each week. All the week’s rumors are lassoed and plopped in two spots — articles on Saturday and Sunday — for review. Today is the September 18th edition.

Regrettably, this is true. PurplePTSD‘s Josh Frey dug into this trend and found, “the 2021 Broncos were 1-5 in games where the QB had 5+ rushing attempts. They were 6-5 in all other games.”

Moreover, the 2021 Broncos, Donatell’s previous place of employment, were spanked by these same Eagles 30-13 — just walloped.

The Vikings also don’t have dazzling history against mobile quarterbacks — even Mitchell Trubisky found ways to move the sticks against Miek Zimmer — so some portions of the Monday night game maybe involve shielding your eyes.

Rumor: Justin Jefferson is glad and relieved that the Eagles did not draft him.

Jefferson said so himself this week, telling reporters he was glad Philadelphia didn’t want him. He told said, “Every mock draft had me going to Philly. So when Philly was on the board, getting the phone call, and it being Minnesota, it was definitely a shocker.”

And then Jefferson affirmed his happiness in Minnesota, “But I’m definitely happy, way happier, to be here than there.”

Now, the Vikings have Jefferson and the guy drafted in front of him by the Eagles, Jalen Reagor. Both enjoy playing for the Vikings. Life is good.

Cousins does not stink on Mondays, but he is historically not as good in such games as ordinary Sunday matchups.

The misnomer is that Cousins is awful on MNF. It’s false. His teams are 2-9, and he takes the heat for it. He possesses a 16 TD to 8 INT split, averaging 241.3 passing yards per game. But, hey, he and the Vikings have won their last two Monday nighters, so, you know — progress.