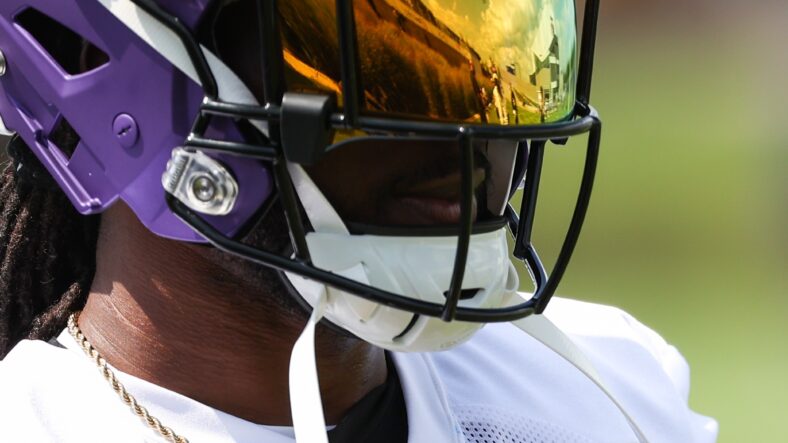 VikingsTerritory’s Purple Rumor Mill is a two-day chronicle each week. All the week’s rumors are lassoed and plopped in two spots — articles on Saturday and Sunday — for review. Today is the October 9th edition.

Rumor: Alexander Mattison is morphing into an RB1.

Let’s face it. Mattison has entered the prime of his career. He’s 24. In that vein, it should be no surprise that he looks better than ever.

Still, Mattison is averaging just 3.8 yards per rush in 2022, so it’s not quite like he’s Barry Sanders. The Boise State alumnus does, though, look like an “equal” to teammate Dalvin Cook for the first time, probably because — you guessed it — Cook is getting older and was injured in Week 3.

The Vikings will showcase a dual backfield more than ever before (well, since Cook arrived in 2017) because that’s what Kevin O’Connell [and Sean McVay] offenses do. Minnesota is “getting with the times.”

And if the strategy works — who really cares?

Rumor: Justin Jefferson is the league’s frontrunner to win Offensive Player of the Year.

Indeed, Jefferson has +700 odds through four games to win the NFL’s Offensive Player of the Year award. That’s tied with Lamar Jackson and Cooper Kupp for the league’s frontrunner.

Jefferson is on pace for 1,670 receiving yards and 13 touchdowns, which assuredly sounds like an OPOY statline. But the young wideout must maintain the pace, even when defenses hurl double coverage in his face. Jefferson is beginning to receive Calvin Johnson treatment on Sundays, a tendency showcasing the utmost respect but also irking the playmaker.

Rumor: Kirk Cousins isn’t putting up monster numbers, but his team is winning. The man cannot do both.

Of course this would be a talking point, huh?

But there’s context here. Cousins experiences a new offensive coordinator nearly every season. Accordingly, he takes about a month to get cooking. The Vikings just so happen to be at that point in the regular season when Cousins begins to hit his stride. For better or worse, he notoriously starts slow and heats up in madman-almost-MVP style during October and November. He does it every year.

Therefore, the working theory suggests both worlds should begin coagulating — like now.

Minnesota should be able to blend winning-Cousins and stats-Cousins as early as Week 5.