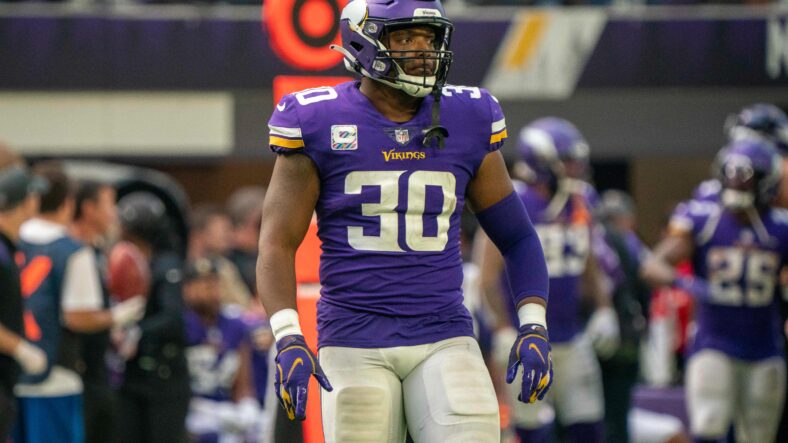 VikingsTerritory‘s Purple Rumor Mill is a two-day chronicle each week. All the week’s rumors are lassoed and plopped in two spots — articles on Saturday and Sunday — for review. Today is the August 21st edition.

Rumor: C.J. Ham may be a roster-cut casualty on August 30th.

This one isn’t laden with gossip; it’s merely reading the room.

That is the case for Ham’s theorized release. It is not ironclad, but it does make sense. Will Goodwin made the case here, too.

Rumor: Wyatt Davis is in his final days as a Viking.

Davis is buried on the team’s “unofficial” depth chart, a bad omen for the second-year Buckeye. Accordingly, when Vikings enthusiasts and obsessionists draw up faux 53-man rosters, Davis is on the outside looking in.

He has not made an impact of any kind in 16 months with the Vikings. New general manager Kwesi Adofo-Mensah onboarded three other options this offseason at right guard — that did not include Davis (Jesse Davis, Ed Ingram, Chris Reed).

There is still a reasonable chance for Davis to land on the practice squad — the unit can hold 16 names now after rule changes — but he is unlikely to make the regular season roster.

Rumor: The Vikings will make the call to Brett Hundley after Saturday’s gruesome QB showing versus the 49ers.

Kellen Mond could not afford a dud preseason performance against the 49ers on Sunday.

Kellen Mond had a dud performance.

Ergo, it’s “back to the drawing board” for Minnesota at QB2. Unfortunately, Mond’s goodwill from the first preseason outing in Las Vegas feels erased. The Vikings worked Hundley out in May, the head coach complimented him, and Hundley is back on the free-agent wire after a short stint in Baltimore.

If not Hundley, Minnesota could explore Blake Bortles, Mike Glennon Kevin Hogan, Cam Newton, or Kyle Sloter. But based on the recency of Hundley’s tryout, he probably has the best chance to receive the call from Adofo-Mensah this week.

Otherwise, the Vikings can wait until all teams dwindle rosters down to 53 men. Oodles of quarterbacks should be available on August 30th.