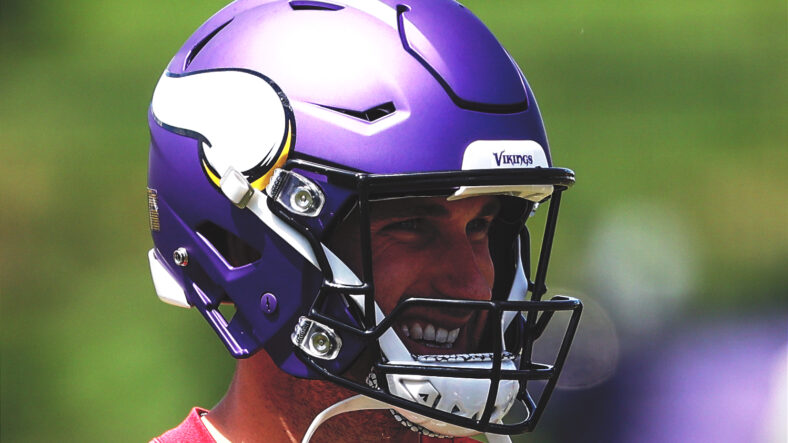 The Minnesota Vikings get the Philadelphia Eagles for the first time since 2019 on Monday night. Not only does Kevin O’Connell’s team need to travel into the land of greased light poles, but they’ll have to do so on the national stage. This is where a statement can be made.

In the last two seasons, Minnesota has not found itself matched up with the Eagles. Given the mediocrity that permeated Mike Zimmer’s locker room in those years, it probably wouldn’t have shown us much either. Back in 2019, the two squared off at U.S. Bank Stadium, and the Vikings nearly doubled up Philadelphia by a 38-20 tally.

Arguably the most prominent game in recent memory during this matchup would be the Conference Championship game following the Minneapolis Miracle. Riding the high of walking off the New Orleans Saints a week earlier, Nick Foles dismantled The Purple and waltzed into the Super Bowl.

Obviously, this Eagles team has minimal carryover from that squad. What they have are some things that allow Minnesota to establish its own positioning within the National Football League for 2022.

Head coach Nick Sirianni is in his second season with the Eagles. Following a 9-8 record last season, expectations are raised in a division that is genuinely up for grabs. Given the lower expectations for New York and Washington, this probably is Philadelphia’s to lose following the Dak Prescott injury. More importantly, though, this is thought to be a huge year of growth for signal caller Jalen Hurts.

In Week 1, the Eagles used two dominant quarters to beat Detroit while limping to the finish. They’ll find a tougher test in Minnesota this week, and the Vikings come to town having just traded for the former failed first-round pick Jalen Reagor.

Minnesota’s biggest opportunity on Monday Night Football is to provide an encore on the road against another potential-playoff team. Beating the Packers at home was nice, maybe even expected, given all the circumstances, but going on a run requires weekly perfection. Can Kevin O’Connell get his team ready for a primetime matchup? Will Kirk Cousins look as polished under the bright lights? Justin Jefferson was the star of the show last week. Is someone else ready to step up if he can be taken away?

Rivalry games are fun because of the heightened meaning of a single contest. What another tough test immediately following that week does is give O’Connell’s group a chance to show they’ve already moved on to the next one. Sure, beating the Packers matters more within the division, but can you put it in the past and go 1-0 this week?

As they started last week, Minnesota is again an underdog on the moneyline. Philadelphia is giving two points at home. If last week was any indication, this Vikings team is a force to be reckoned with. No one is going to believe that until the results follow, however. Minnesota can’t get caught looking ahead to the Lions, and a big road win against the Eagles should put the opposition on notice.