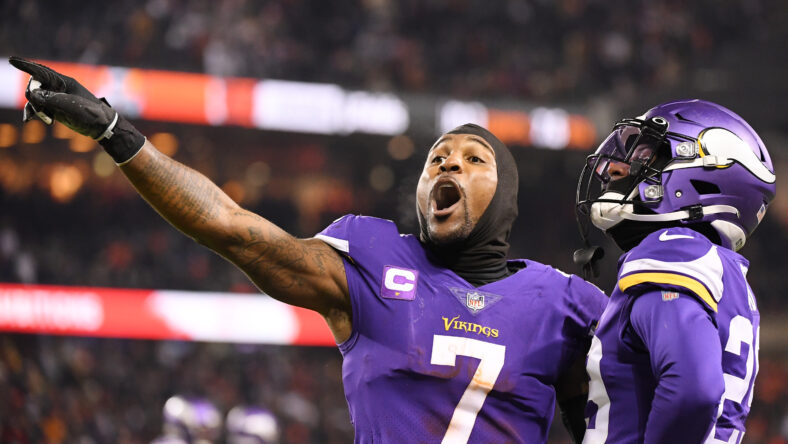 Minnesota Vikings cornerback Patrick Peterson has turned back the clock with his performance in 2022, emulating the All-Pro version of himself from the mid-2010s.

And he’s evidently so pleased with the production that he has no imminent plans to depart the Vikings.

Speaking to Chris Tomasson of the Pioneer Press last week, Peterson said he desired “at least one more Pro Bowl, one more All-Pro” and that such accomplishments “would be a nice, satisfying way for me to end off my career, for sure.”

Peterson was then asked about his plan to remain in Minnesota, and he replied, “No doubt about it. I don’t want to go anywhere else. I’m not trying to go anywhere but Minnesota. I love everything around here. I would love to stay put.”

The eight-time Pro Bowler and three-time All-Pro looks like a man revitalized in 2022 — and he didn’t even struggle in 2021, his first year with the Vikings. The 32-year-old has merely ramped up the production, tallying his top mark per Pro Football Focus since 2018.

Through nine weeks, Peterson owns the sixth-best PFF grade among Vikings players (76.9), up 13.9 points from 2021. Not bad. His impressive score also ranks 15th in the NFL of 113 qualifying cornerbacks. Indeed, Peterson has served as the top Vikings cornerback in 2022 and is arguably the most dependable member of the defensive secondary.

Depending on Peterson’s sustainability, his upper-echelon play also aids the development of young Vikings corners. In April, new general manager Kwesi Adofo-Mensah drafted two CBs, Andrew Booth and Akayleb Evans, and both will need time to mature. Booth particularly hasn’t experienced much in-game action, while Evans shined in Week 9 at Washington. If Peterson can prolong the peak performance, “rushing” Booth and Evans along isn’t necessary.

Moreover, before this season, Peterson’s future was mysterious. He indicated interest in playing a few more seasons, but his career’s conclusion in Minnesota wasn’t certain. Peterson mentioned the Dallas Cowboys and Kansas City Chiefs as possible landing spots before rejoining the Vikings via free agency last spring.

Flirting with other NFL suitors seems all for nil now, though, as Peterson essentially promised he’d finish his illustrious career in Minnesota. And at the rate he’s playing, Vikings fans will universally applaud the decision.

Peterson is ultra-motivated in 2022, evidenced by postgame banter following a defeat of his former team, the Arizona Cardinals, in Week 8.

Yeah, the Vikings are lucky to have the future Hall of Famer — and he ain’t going anywhere. 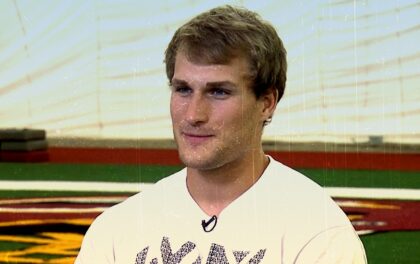