Our Staff Prediction for Vikings at Dolphins 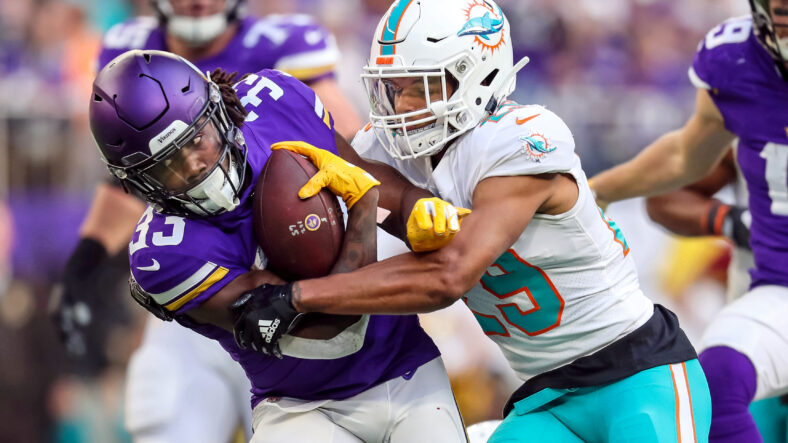 The VikingsTerritory collective staff prediction for the Minnesota Vikings date with the Miami Dolphins is ready.

The Vikings can hit a 5-1 record for the first time since 2016, a season that ended with a whimper. Minnesota is 5-8 (.384) all-time versus the Dolphins. In fact, Minnesota has only beaten the Dolphins once in Miami — 46 years ago.

The writers at VikingsTerritory predict the Vikings will win their fifth game of 2022.

All of our contributors picked Minnesota over Miami, evidently disbelieving rookie QB Skylar Thompson has enough oomph to get the job done. If Tua Tagovailoa or Teddy Bridgewater were on deck to play this Sunday, the panel would’ve had a significantly different prediction.

Here’s how the panel sees the score for Week 6:

Mathematically en masse, we predict the Vikings top the Dolphins by a score of 28-20.

Mitch Massman most accurately predicted the score of the Vikings-Bears showdown in Minneapolis. He picked Minnesota to win by seven. And that’s what they did.

The Vikings are currently 3.5-point favorites to defeat the Dolphins on Sunday. Minnesota hasn’t lost a game to a team with a rookie quarterback at the helm since 2018, when Josh Allen did the thing against the Vikings. Rookie QB Skylar Thompson is expected to start in Week 6. The Vikings have won six straight games versus teams showcasing rookie quarterbacks.