Our Staff Prediction for Patriots at Vikings 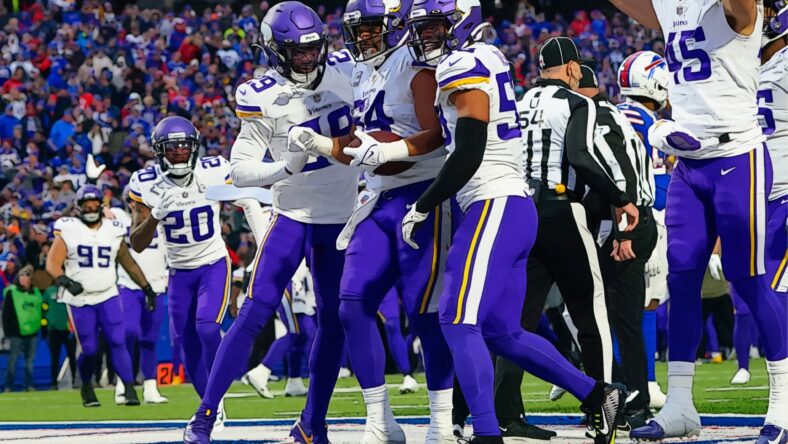 The VikingsTerritory collective staff prediction for the Minnesota Vikings date with the New England Patriots is ready.

The Patriots are 6-4 through 11 weeks, trying to keep pace with the Buffalo Bills, Miami Dolphins, and New York Jets in the AFC East. The Vikings, at 8-2, were creamed by the Dallas Cowboys last weekend and must right the ship on Thanksgiving night.

The writers at VikingsTerritory predict the Vikings will win their ninth game of 2022.

Most of our contributors picked Minnesota over New England, evidently confident the team will revitalize after a 37-point home loss.

Here’s how the panel sees the score for Week 12:

Mathematically en masse, we predict the Vikings top the Patriots by a score of 20-16.

Last week, Kyle Joudry most accurately picked the outcome. He picked the Vikings to lose by three. The Cowboys won by 37.

The Vikings are currently three-point favorites to defeat the Patriots in Week 12. Teams led by Kirk Cousins are 5-0 in Week 12 home games, an odd stat to be sure. 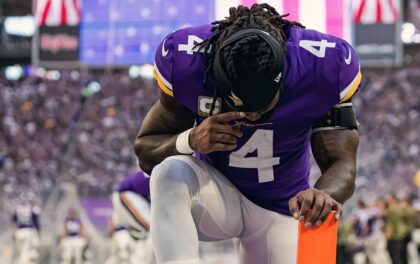 Also Read:
The 2022 Vikings, According to All National Power Rankings: Week 12