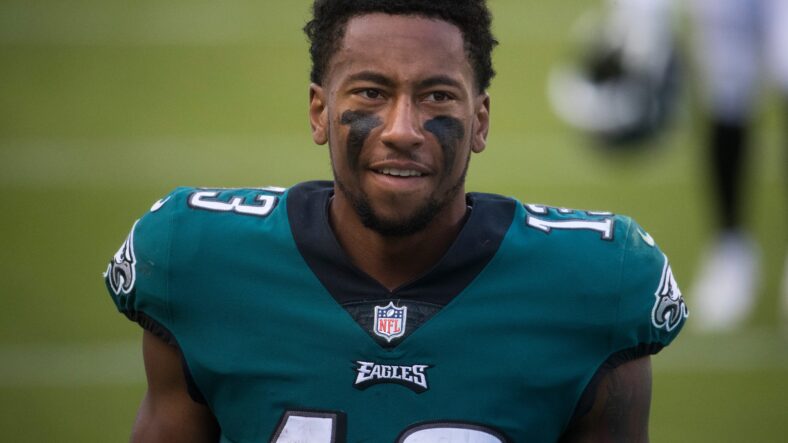 The guy you tried to pick up on your fantasy waiver wire in 2020 is joining the Minnesota Vikings chief rival.

Wide receiver Travis Fulgham signed with the Green Bay Packers this week, hoping to make the team’s 53-man roster at the end of the month.

Fulgham most recently played for the Denver Broncos, although he only saw action in one game. He played two offensive snaps in 2021.

Drafted by the Detroit Lions in Round 6 of the 2019 NFL Draft, Fulgham has bounced around frequently for a 26-year-old. To date, he’s played for the Lions, Philadelphia Eagles, Miami Dolphins, Broncos, and Packers (twice). Fulgham joined Green Bay two years ago but was waived nine days later. He soon caught on with the Eagles.

Fulgham earned prominence in 2020 during the fan-less COVID season of 2020. He played in 13 games with a nameless Eagles WR corps, drawing national attention after a series of impressive outings. All told, Fulgham snatched 38 receptions for 539 yards and four touchdowns in 2020. The Old Dominion alumnus tallied 70+ receiving yards in four consecutive games, leading some folks — particularly fantasy football managers and Eagles fans — to declare Fulgham “the real deal.”

Fulgham returned to obscurity in 2021, evidenced by the aforementioned statline with the Broncos, which was basically a shutout. Now, though, Fulgham hopes to absorb some Aaron Rodgers’ voodoo — no, not the drug-infused kind — in Green Bay. The Packers WR room is crowded, and Fulgham must dethrone several of these players to make the regular season roster:

Heading into the 2021 season, Packers skipper Matt LaFleur kept six WRs for the regular season roster, so Fulgham must hope five others get chopped. Aside from his stint in Philadelphia, Fulgham has never caught a pass on another NFL team.

The Packers travel to Minneapolis for a date with the Vikings in Week 1.