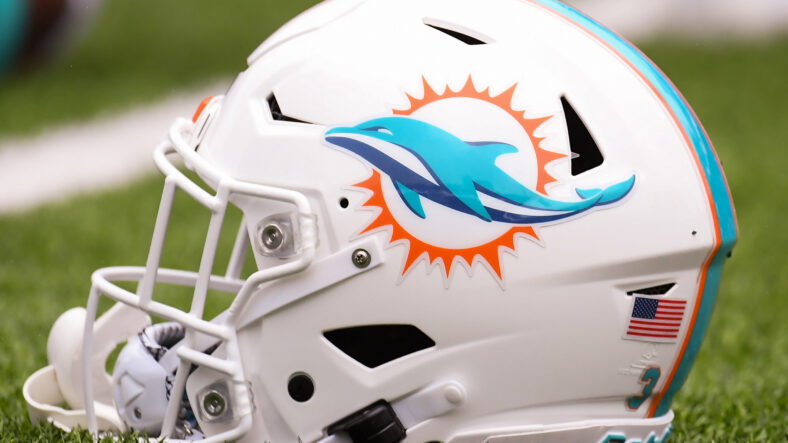 Like Janarius Robinson joining the Philadelphia Eagles before playing the Minnesota Vikings in Week 2, another ex-Vikings defender latched onto the Miami Dolphins on Monday.

The Vikings play the Dolphins in Miami on Sunday.

And when that game kicks off, Miami’s coaching staff will have likely picked the brain of defensive tackle Jaylen Twyman, who became a Dolphins practice-squad member.

The Vikings released Twyman about one week ago to make room for free-agent addition Khyiris Tonga. And it took six days for Twyman to resume his NFL career.

Ex-Vikings bossman Rick Spielman chose Twyman in the 6th Round of the 2021 NFL Draft, and he was a fan favorite because of low draft cost and high potential. His story is also exceptional, recovering from multiple gunshot wounds in the summer of 2021, just months after the Vikings found Twyman in the draft. But the Pittsburgh alumnus didn’t make the 53-man roster in August and jaunted to the practice squad.

The 23-year-old lasted a little over a month on the Vikings practice squad and will now hope for rebirth in Miami. Twyman was a fashionable pick by many to make the Vikings 53-man roster in 2022. ESPN even listed Twyman as a starter on the website’s depth chart from April to August.

Making a name for himself via brute-force strength, Twyman repped 225 pounds on the bench press 40 times at the Unversity of Pittsburgh’s 2021 Pro Day — which is Aaron Donald-like strength (who is also a Pittsburgh alumnus). But because Twyman didn’t play in the 2020 collegiate season (COVID precautions), his draft stock fell. He became a “high-upside guy” for the Vikings in 2021 and 2022 before departing the team.

During his final season at Pittsburgh, Twyman tallied 10.5 sacks in 13 games as a sophomore interior lineman. The Dolphins employ Emmanuel Ogbah, Zach Sieler, and Christian Wilkins at Twyman’s position, but Twyman could get the call to the active roster if injuries arise.

Through five weeks of the 2022 season, Miami has the NFL’s fourth-worst defense per EPA/Play, so defensive coordinator Josh Boyer needs all the extra help he can find. The Dolphins surrendered 40 points to the New York Jets in Week 5.

The Vikings are favored to defeat Twyman’s Dolphins by three points on Sunday. It is unclear who will play QB1 for Miami as Tua Tagovailoa and Teddy Bridgewater are recovering from injuries. Skylar Thompson was at the helm during the loss to New York.