Notes from the North: London Living 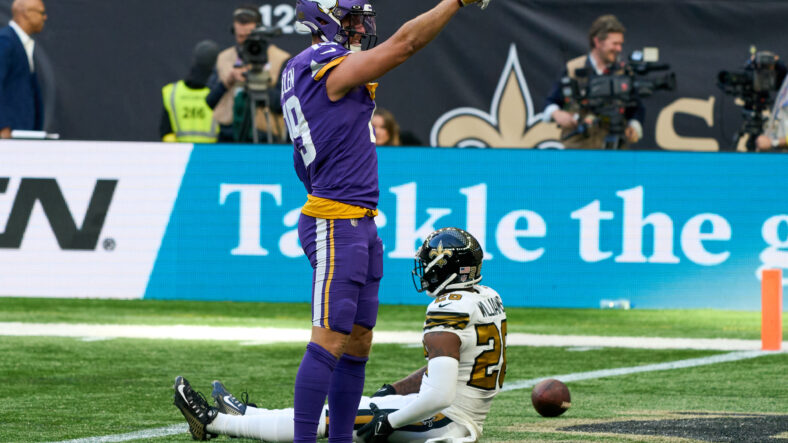 London ended up going pretty well. The Vikings arrived as a 2-1 team. The Vikings left as a 3-1 team. Overall, it’s hard to be too disappointed with that result. Notes from the North – a Vikings podcast hosted by yours truly alongside Sam – offers some thoughts on the game.

Take a look at Sam’s description of the episode: “On this weeks episode, Kyle and Sam break down the win against the Saints in London. They break down what to make of this offense, the hopes for the defense, and what to watch for against the Bears. They also give their predictions for the hockey season and who will be competing for the cup.”

Indeed, there is a little hockey chatter at the end. I don’t think the Wild will win it all, but I’ve been wrong before.

Back to football. One of the more fascinating parts of yesterday’s game was the opening drive. Kevin O’Connell, quite evidently, put some effort into ensuring his various playmakers got the ball early. In the end, the team scored a TD and plenty of their top players were involved. Moving forward, they’ll need their offense to be similarly unpredictable and balanced.

The defense still has lots of room to improve. Cameron Dantzler is a good player, someone who may start getting recognition around the league. When he’s on, Dantzler can be tough to beat in coverage. Danielle Hunter and Za’Darius Smith need to be better. They’ve had some nice moments, but it’s time to start getting sacks in bunches.

We discuss these ideas and more in the latest episode.