No D.J. Wonnum for the Vikings This Weekend 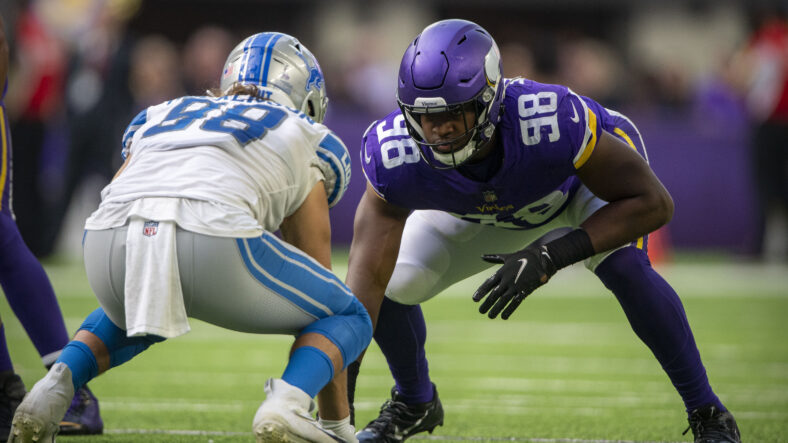 The Minnesota Vikings have been getting healthy over the past week, but it appears they will be without one of their main rotational pass rushers this week. D.J. Wonnum has been battling an illness throughout the week, and he officially has been listed as out ahead of Sunday contest with the Miami Dolphins.

Wonnum first appeared on the injury report on Thursday with what head coach Kevin O’Connell has described as a “bug”. The third-year player did not practice on either Thursday or Friday because of the illness and went into the weekend listed as questionable.

Wonnum has sneakily been a very important player for the Vikings defense over the past couple seasons. Last year, he led the team in total sacks with 8.0, and now in 2022, Wonnum ranks second on the squad with 2.5. He ranks just ahead of Danielle Hunter who has two and sits behind Za’Darius Smith with 3.5.

That said, after starting the season with sacks in each of the first two games, Wonnum has recorded just 0.5 sacks over the course of the last three. That half-sack actually came last weekend against the Chicago Bears.

With seventh-round rookie QB Skylar Thompson making his first career start for the Miami Dolphins, it will be very important for the Vikings to put continuous pressure on the young QB.

The New York Jets did an excellent of making Thompson uncomfortable when he came into the game in relief of Teddy Bridgewater, who left with a concussion. Thompson finished the day with just 166 yards passing, zero touchdowns, and two turnovers (1 interception, 1 lost fumble) as the Jets won, 40-17.

As a response to Wonnum being out, Minnesota activated TE Jacob Hollister. The only other player listed as questionable heading into the game is RB Alexander Mattison, but he is expected to play. The Dolphins and Vikings kick off at 12 PM CST on Sunday.

Josh Frey is a Class of 2020 graduate of The College of Idaho with a bachelor’s degree in Creative Writing as well as minors in History, Human Biology, and Journalism. When he’s not writing about the NFL, Josh enjoys marathon training, playing video games, or rooting for the Milwaukee Brewers and Bucks. For more of his opinions, NFL and otherwise, follow him on Twitter: @Freyed_Chicken.