NFC Clears Out for Vikings during Bye Week 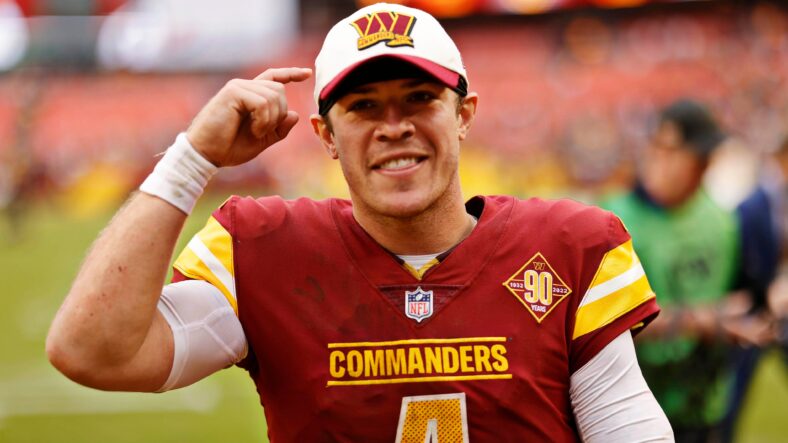 Aside from perhaps the New York Giants losing (they didn’t), it would’ve been hard to script a better bye week for the Minnesota Vikings.

The Vikings, sitting at 5-1 atop the NFC North, had the week off, and everything seemed to get better around them. The Green Bay Packers, Tampa Bay Buccaneers, San Francisco 49ers, and Atlanta Falcons all lost, fastening Minnesota’s playoff hopes closer to reality.

Still, the Vikings must avoid an utter collapse — one of those happened not long ago in 2016 — but fortuitousness was on the docket for Kevin O’Connell’s team amid an idle week.

The Packers (3-4) lost a third consecutive game, a first-of-its-kind ordeal since the 2018 season. And Green Bay’s head coach, Matt LaFleur, had never encountered a three-game losing steak before Sunday. The scrappy Washington Commanders hung around and outlasted the Packers in the nation’s capital 23-21 after a lifeless day at the office for Green Bay’s offense. Rodgers and Co. were inexplicably 0 for 6 on 3rd Down, and teams cannot win football games when that happens.

Green Bay’s playoff probability dipped to 27%, per FiveThirtyEight, and it has just a 9% chance to win the NFC North.

That wasn’t all of the good news for Minnesota. In its quest to maintain some degree of homefield advantage in January, the Vikings watched Tom Brady’s Buccaneers (3-4) lose, too, a signal that if and when Tampa Bay does recover, it won’t be quite enough to shoot up the NFC’s playoff ladder near the No. 2 seed where the Vikings currently live. Tampa Bay shockingly lost to the sort-of-tanking Carolina Panthers, 21-3.

Then, the Falcons (3-4) were snuffed out by the white-hot Bengals, 35-17. Atlanta fell to 3-4 in 2022 and might’ve proven a pretender status in Week 7. No one really viewed the Falcons as a threat-threat so far in 2022, but they were a team to monitor in the event the Vikings squandered a handful of games — as the club did in the aforementioned 2016 season.

Finally, the 49ers (3-4) lost as well, debuting a new-look offense with Christian McCaffrey at home versus the Kansas City Chiefs. But Kansas City didn’t care about McCaffrey or anything else, disemboweling the 49ers 44-23 in an embarrassing defeat for a team who, through its leverage-the-future trade with Carolina, demonstrated in-it-to-win-it aspirations. Yet, the Chiefs exposed the 49ers as fraudulent, and it’s back to the drawing board for San Francisco.

Here’s how playoff probabilities stand in the NFC after seven weeks:

Six other NFC teams have playoff odds below 25%, according to FiveThirtyEight.

The Vikings host the 3-4 Arizona Cardinals in Week 8 at U.S. Bank Stadium.