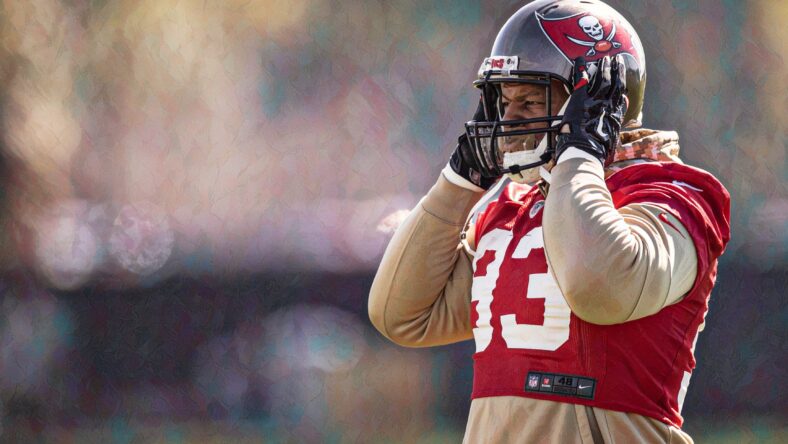 After five months of alleged flirtation with the Vikings, Minnesota will not be Ndamukong Suh’s final destination in 2022.

The free agent signed with the Philadelphia Eagles on Thursday, bolstering the Vikings rival’s defensive depth and hedging a recent injury to rookie Jordan Davis.

The Vikings were credibly linked to Suh in June, but the two parties were allegedly stuck on financial terms. A cash-strapped Kwesi Adofo-Mensah reportedly couldn’t meet Suh’s price, so the defender remained a free agent — until now.

Suh, 35, last played for the Tampa Bay Buccaneers, even winning a Super Bowl with the club in 2020 over the Kansas City Chiefs. To date, he’s played for the Detroit Lions, Miami Dolphins, Los Angeles Rams, Buccaneers — and now Eagles.

The Nebraska alumnus notched a 49.4 score from Pro Football Focus in 2021, by far the worst of his illustrious career. It is unclear if the measly grade signaled an age-related decline or simply a “down year” during his final stint with the Buccaneers.

A five-time Pro Bowler and three-time First-Team All-Pro, Suh is likely headed for Hall of Fame induction when he calls it quits, although his reputation at times in his career isn’t spotless. Due to some on-the-field antics, Suh was labeled “dirty” as a younger man. He’s recorded 70.5 sacks in his career with the Lions, Dolphins, Rams, and Buccaneers.

The move also occurred as the Eagles already became deeper in the trenches this week. On Wednesday, Philadelphia signed former Vikings nose tackle Linval Joseph, hoping to eat space in the middle of the defense.

The Eagles defense ranks fifth overall through 10 weeks per defensive DVOA. But their run defense is heinous, ranking fifth-worst in the NFL per the same DVOA metric. With Suh and Joseph now in the house, Philadelphia hopes to eradicate the run-defense woes.

Philadelphia dominated Minnesota in a Week 2 matchup, but that was the Vikings last loss to date, winning seven consecutive games since. The Eagles are the Vikings primary foe, for now, via homefield advantage in the playoffs.

Suh turns 36 in January. The financial details of the agreement were not immediately disclosed.