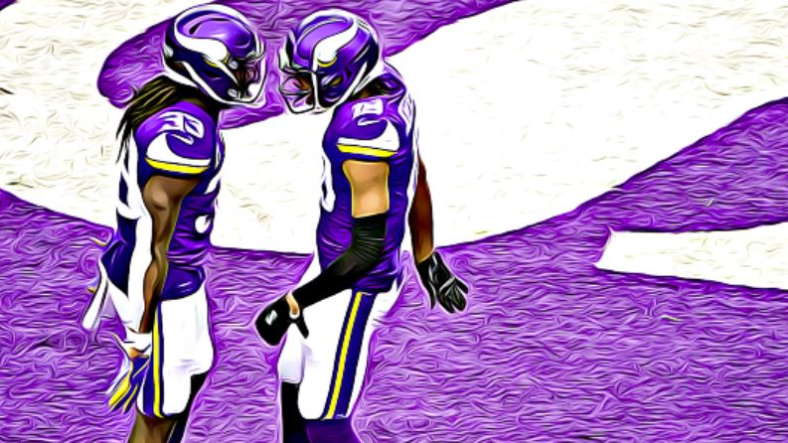 ESPN dropped the top 10 rankings of all position groups, and various Vikings were part of the rankings, while others were snubbed. ESPN asked more than 50 NFL insiders, like players, executives, and coaches. These people usually know what they are doing.

Kirk Cousins is not part of the list and isn’t even an honorable mention. He is at the bottom with the title “also receiving votes.” Disrespect is nothing new to the Vikings quarterback. He gets a lot of hate despite playing good football. Ten quarterbacks in the top 10 plus three honorable mentions rank him 14th. PFF graded him as the sixth-best quarterback in the 2021 season.

He looks to improve his flaws and hopes to get more help from his play caller and new head coach, Kevin O’Connell. The Sean McVay disciple wants to bring the Rams Super Bowl culture and his offensive system based on lethal aerial attack.

Justin Jefferson, the dynamic Vikings standout, ranked fourth among the top 10 wideouts. The elite receiver leads the league in receiving yards since he entered the NFL in 2020 despite just getting the seventh most targets in that time. He has a great connection with Cousins. Somehow, Jefferson wasn’t included in the top 10 lists of all polled people. Whoever didn’t have JJ in his top 10 should question his football intelligence.

“Jefferson was an ascending star after his 2020 rookie year. Now, he’s a bona fide star after his sophomore year. He put together a near-perfect season, recording a stellar 90.1 Pro Football Focus rating after catching 108 of his 168 targets for 1,616 yards and 10 touchdowns. Jefferson also ranked 14th in yards per catch (15.0), which is impressive considering his usage.”

The situation for him is similar to Cousins’. More pass plays could lead to increased numbers even if there’s little room for improvement. Cooper Kupp led the league in receptions, touchdowns, and yards in O’Connell’s system, which leads to optimism about Jefferson’s outlook for the upcoming season.

Adam Thielen missed the top 10 but received the Cousins treatment as an honorable mention. He is past his prime in terms of receiving yards. His last 1,000-yard season came in 2018. However, he’s an elite red zone threat and a great second fiddle to Jefferson. Thielen still has a few good seasons left.

Dalvin Cook landed, just like Jefferson, on the fourth spot. He dropped one from last year. All polled persons put Cook in their top 8. At least one even had him as the top running back. Even in his ‘down-year,’ Cook is one of the most productive running backs in the business, as he had the fifth most rushing yards in the league in just 13 games. Durability is his biggest issue.

“Some around the league still have no problem putting Cook in their top three based on his explosion, vision and toughness. With a full season, he could put up historic numbers. But that is sort of the problem — Cook never has played more than 14 games in any of his five NFL seasons.”

The expectations for the upcoming season are that Cook will be more involved in the passing game and, therefore, will take fewer hits. That should help his durability because running into a bunch of 300-pound defenders isn’t the best thing to do to stay healthy. It’s better to get him the ball in space, instead.

None of the Vikings’ interior linemen were featured on the list. That shouldn’t be a surprise after the atrocious play in recent years. However, the offensive tackle Brian O’Neill got some credit. He didn’t crack the top 10 but received the ‘honorable mention’ label.

“O’Neill is coming into his own, earning a Pro Bowl berth and a contract that pays more than $18 million per season. He posted a 73.4 Pro Football Focus grade and a 91.1% pass block win rate (15th among tackles) last season. “Long, tough, smart and a unique athlete,” an AFC exec said.”

After years of waiting, O’Neill finally started to get some credit from national media and football fans in the country. He’s protecting Kirk Cousins’ right side and rarely allows the opponents to come close to his quarterback. His extension last year, the Pro Bowl vote, and the honorable mention were all well deserved after years of excellent play. The Vikings hope to have their left tackle of the future in Christian Darrisaw. To find a good tackle duo is the goal of all franchises.

Harrison Smith, of course, is inside of the top 10. He comes in at the seventh spot. Voters disagreed heavily about his spot. His highest ranking was second, while his lowest was outside of the top 10. Smith is arguably the best safety in the last decade. He oversaw a lot of excellent Mike Zimmer defenses and was the best player in most of them.

Many evaluators make the same assumption when casting their votes: Harrison Smith still has to be in there, right? But others quickly point out decline after a decade of worn NFL tread.

“Smith no doubt was [the standard] and the prototype for a long time. Age gets us all,” an NFC front-office member said.

Most agree he has probably lost a half-step. But he has been arguably the most complete safety of the past decade and still productive, making his sixth Pro Bowl in 2021 with 114 tackles, three sacks and seven passes defended.

His role in 2022 won’t change a lot. He’s still expected to play at an elite level. In addition to his role will be the mentorship of Lewis Cine, the first-round safety next to him.

Eric Kendricks is still a great linebacker for the Vikings, especially in coverage, but he didn’t quite play up to his standards in 2021 and therefore missed the top 10. However, he still got the ‘honorable mention.’

Kendricks is known for his pass coverage but finished 2021 with a career-high five sacks. “Still really good, but there have been other guys who have passed him up somewhat,” an AFC scout said. “Probably somewhere high in that second tier of guys.”

Kendricks is still the man in the middle of the Vikings’ defense. His role won’t change a lot despite the scheme change. The roles of linebackers don’t change that much, as they have to tackle, stop the run, and cover all of them. What changed was his partner in crime. Anthony Barr is no longer part of the organization and was replaced by veteran Jordan Hicks. The last time Kendricks didn’t enter the season with his college teammate on the same team was in 2014 when Barr was already a Viking and Kendricks still played in UCLA.

None of the Vikings’ defensive tackles made the top 10 of the defensive tackles, and just one of the feared pass rush duo is mentioned in the edge rushing rankings. Danielle Hunter didn’t receive top 10 honors but is another ‘honorable mention.’ Whenever he’s on the field, he’s one of the most disruptive players in the league. Unfortunately, that didn’t happen enough in the last couple of years.

Hunter is a top-10 rusher when healthy, but he has missed 26 games over the past two seasons. Still, he has 60.5 sacks in 85 career games. “A long-arm power guy. Greatest asset speed and length. Those things will always cause problems,” an AFC coach said. “I did not think he should be what he is. He certainly proved me wrong.”

That AFC scout.was indeed wrong. Travon Walker was drafted first overall because he has similar physical tools. Their production in college was also similar. The Vikings got a steal in the third round. Hunter was one of the best picks of Spielman’s career as GM.

Hunter has to stay healthy for the Vikings’ defense. He’s too important to miss an extended period. His new running mate on the edges is Za’Darius Smith. The two will form an explosive duo and keep offensive coordinators up at night trying to figure out how to stop them.