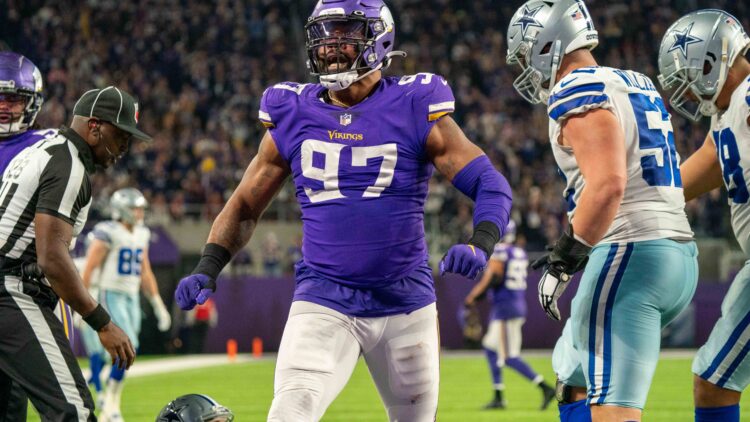 Multiple players of the best Vikings teams of the last decade are still free agents and currently looking for a team. The best team was arguably the 2017 version of the Vikings that went to the NFC Championship game, and the players listed were all part of that group.

One player of that team, Anthony Barr, agreed to terms with the Cowboys. He played all eight seasons in the NFL for the Vikings and was a star for the team. Just like Kyle Rudolph, who joined the Buccaneers shortly before the Barr news surfaced. Cornerback Trae Waynes, meanwhile, quietly retired from football.

All of those players were big parts of some successful Vikings teams, led by former head coach Mike Zimmer. They were all brought in by the former general manager, Rick Spielman, who has been with the organization since 2006 in different positions.

After his selection in the first round of the 2013 draft, Rhodes played his first seven seasons in the league with the Vikings. He was a dominant cornerback in his prime. In 2017, Rhodes was a member of the first-team All-Pro and received one vote for the Defensive Player of the Year award. He regularly shut down elite receivers like Julio Jones and Odell Beckham Jr.

In 2016, Rhodes recorded a career-high five interceptions, including a 100-yard return for a touchdown against the Cardinals.

He went to three Pro Bowls and was the top cornerback of the Vikings for most of his tenure. After the 2019 season, the Vikings released Rhodes, and he joined the Colts, where he had two unexpected productive years after a shaky 2019 campaign.

Rhodes is now 32 years old but could still help some teams looking for CB help. At his age, he can’t play in just any scheme anymore, but in the right system, he can still be a solid cornerback.

Griffen was the heart and soul of the Vikings’ defenses under head coach Mike Zimmer. His extroverted personality made him the vocal leader of the unit, and he always provided energy to the team. Like Rhodes, his best season came in 2017 when he was second-team All-Pro.

He played 11 seasons for the purple team, including ten from 2010 to 2019 and a second stint in 2021. In his first four years with the team, he was not a starter, as he backed up Jared Allen and Brian Robison and was a rotational player. When Zimmer came to town, and the franchise moved on from Allen, Griffen was unleashed.

He played 156 regular season games for the Vikings and started 94. Overall, he totaled 79.5 sacks in Minnesota, including a career-high of 13 in 2017. Especially his spin move appeared in nightmares of offensive tackles.

After the conclusion of the 2019 season, he opted out of his contract with the Vikings and signed with the Cowboys. Midseason, he was traded to Detroit and once again became a free agent after the season. Griffen re-signed with the Vikings. Mental health issues jeopardized his career, but his health and family are more important than his football career.

Another player who left the team after the 2019 season, Joseph signed as a free agent in Minnesota in 2014. He was the first big signing of the Zimmer era. The big run stuffer in the middle of the line allowed the pass rushers on the outside to get more opportunities to rack up sacks.

One of the most powerful players in the league, he always had to be double-teamed. He played 88 regular season games for the Vikings throughout six seasons and recorded 15 sacks, 32 tackles for loss, and 51 quarterback hits. One play everyone should remember was a fumble recovery for a touchdown.

Joseph ran 64 yards with the ball. After the play, he was sitting on the sideline with his sunglasses. He was an absolute force and dominated offensive linemen. In the last two seasons, Joseph played for the Los Angeles Chargers. His 34th birthday will be in October, so he’s long past his prime but can still provide help to the interior of most defensive lines.