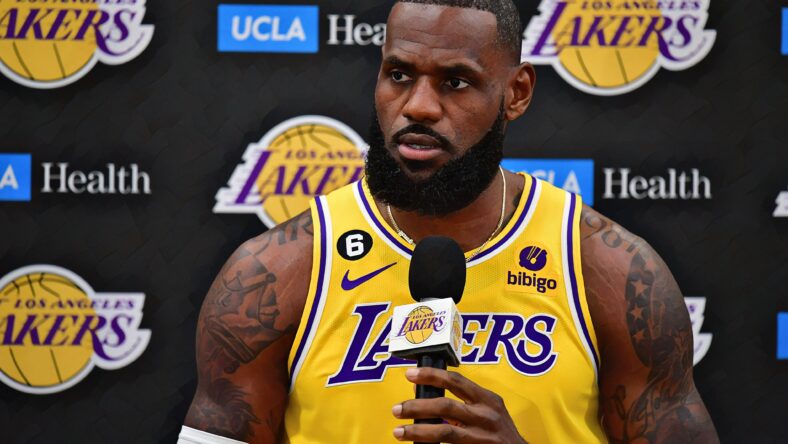 When worlds collide — Los Angeles Lakers forward LeBron James is fond of a Minnesota Vikings personality, and it’s not a player.

The four-time NBA MVP and NBA champion got a hold of a video snippet involving KFAN‘s Paul Allen, particularly his call of the Vikings Week 10 contest in Buffalo. And James was impressed.

Allen is the “Voice of the Vikings,” radio commentating all Vikings games for about 25 years. Somehow — probably because the Vikings share the NFL’s best record — folks took notice of Allen’s talent this week. Better late than never.

Allen is known — and has been known for a long time — as one of the league’s top play-by-play personalities. He hosts a daily show on KFAN from 9 am to 12 pm CST and covers all Vikings games, home and away.

After the James shoutout, Allen replied via tweet, “Thank you, LeBron. This team is so much fun. Appreciate the kindness.”

The Vikings have won seven straight games, refusing to lose after a Week 2 beatdown in Philadelphia. Per credible national power rankings, Minnesota ranks around third in the NFL, trailing only the Kansas City Chiefs and Philadelphia Eagles. And that ranking climbed following Minnesota’s win in Buffalo, a topsy-turvy affair where the Vikings battled back from a 27-10 deficit late in the 3rd Quarter.

James, on the other hand, would like to take a bite out of the Vikings prosperity. While the 20-year-veteran is considered the best or second-best basketball player of all time by most, his Lakers are inexplicably 3-10 (.230) through mid-November and in the Western Conference’s basement ahead of only the Houston Rockets.

The Lakers lost in Minnesota to the Timberwolves a few weeks ago.

Next for Allen and the Vikings? The Dallas Cowboys at U.S. Bank Stadium on Sunday. Dallas is favored by a point to knock the Vikings down to 8-2 before Thanksgiving.