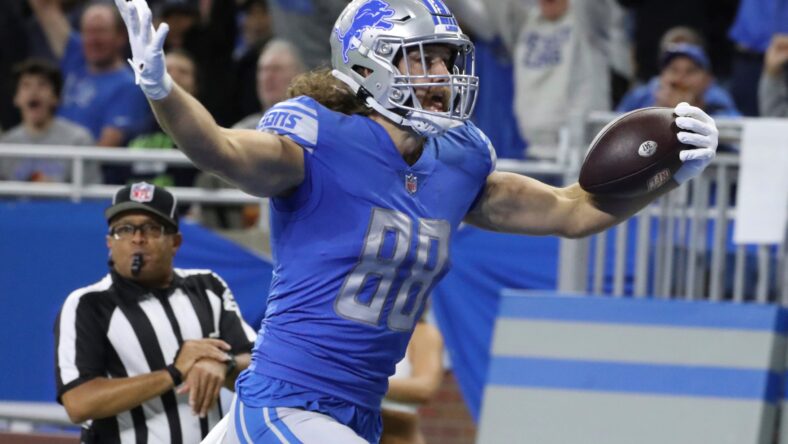 When the Vikings hired a first-time general manager with a Wall Street background, folks didn’t know what to expect. ‘Analytics’ was a word that has always been assigned to Kwesi Adofo-Mensah. In most interviews, he denied accusations of only looking at the numbers. However, an interesting number is 11 — that’s how many trades the former Wall Street commodities trader already pulled off in his short executive career with the Vikings.

Every single pick in the 2022 draft was acquired via trade and the Vikings didn’t make a single selection with one of their original selections. Some of the trades were controversial, especially the trades with the Lions and the Packers. They selected two receivers with the formerly owned Vikings picks.

Adofo-Mensah later also traded for Nick Mullens to be the backup quarterback of Kirk Cousins after disappointing preseasons and training camps from Kellen Mond and Sean Mannion.

On the final cutdown day, the Vikings traded away guard Jesse Davis to the Steelers for a 2025 seventh-round pick after he was unable to win the starting job against rookie Ed Ingram. On the same day, Adofo-Mensah brought in a new defensive tackle, Ross Blacklock. That move followed the release of Armon Watts, a projected starter, and therefore caused some confusion.

The next stunner was a trade for 2020 first-round talent Jalen Reagor. The same Jalen Reagor the Philadelphia Eagles selected over superstar Justin Jefferson. He’s almost exclusively a special teamer.

Hockenson Is a Viking

The 11th Vikings trade in just over six months is another jaw-dropper. T.J. Hockenson will join the purple team on their hunt for their first Super Bowl.

The tight end is in his fourth season in the NFL. He was the 8th overall pick in 2019, which shows his talent. In 47 games, Hockenson recorded over 2,000 receiving yards and 15 touchdowns, despite a slow start to his career as a rookie. In just seven games in 2022, he caught 26 passes for 395 yards and 3 touchdowns.

The Vikings gave up some draft capital to get the tight end to Minnesota. That draft capital equals the 69th overall pick via the Rich Hill Trade Chart.

Another aspect to look at is that cap hit. Hockenson will cost the Vikings just $536,000 in 2022. The cap hit in 2023 will be higher but the Vikings have options to create additional cap space.

The final important part of this trade is Irv Smith Jr. The Vikings’ fourth-year tight end is hurt and could miss the remainder of the season. Before the deal, Johnny Mundt was the only healthy tight end on the roster, as Ben Ellefson is still on injured reserve.

The Vikings had to add a player. Even before Smith’s injury, the tight end position was the big weak spot of the offense. The team went into the season with Smith, a player with potential but coming off a season without playing football because of meniscus surgery. Fans are waiting for a Smith breakout campaign for years and once again, are disappointed. It’s highly possible that Smith will not be a Minnesota Viking in 2023. His contract is up after the season while Hockenson has another year on his deal.

The second tight end on the depth chart was Mundt. The free agent signing from the Rams was a blocking specialist in Los Angeles but showed some promise as a receiver in Minnesota. He already caught more passes in 2022 than in the previous five seasons combined. Ellefson is also a blocking specialist.

The position group was shallow before Smith went down but now the Vikings had to act and brought in a good player for acceptable compensation. Adofo-Mensah’s latest deal feels like a win for the Vikings, a team that is focused on competing after the 6-1 start.