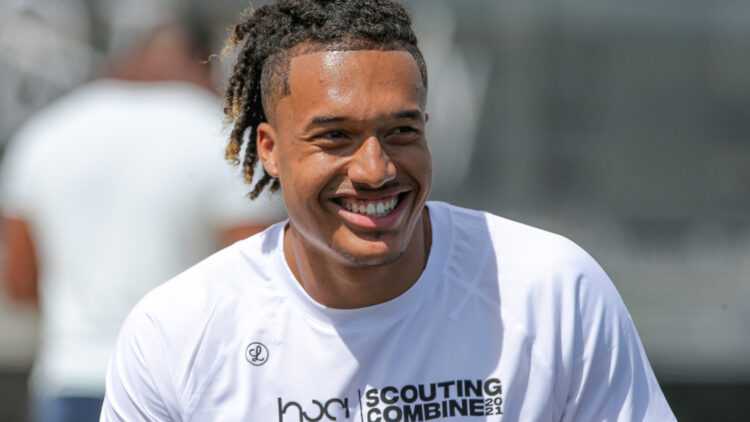 Kellen Mond was waived by the Vikings on Tuesday and joined a team peppered with ties to Minnesota on Wednesday — the Cleveland Browns.

The Vikings evaluated Mond in training camp and the preseason, leading to a trade involving Nick Mullens from the Las Vegas Raiders. The moment Mullens set foot in Eagan, Minnesota, he became the Vikings QB2 without having to toss a preseason pass.

Mond was drafted by the Vikings former leadership regime in 2021 as a possible contingency plan for QB1 Kirk Cousins. Fans endlessly debate whether Cousins is actually a worthwhile franchise quarterback, so the addition of Mond was viewed as a grand what-if.

Yet, aside from a few flashes of competence — mainly in the first preseason game of 2022 — Mond was terrible. The Vikings knew Mond was developmental and raw, however, he leaned heavily on the raw trait during his brief Minnesota tenure.

Now, though, Mond could serve as a QB2-QB3 with the Browns. Cleveland controversially got in bed with embattled passer Deshaun Watson in the spring, trading a king’s ransom and awarding the quarterback a nearly unthinkable contract. But due to comeuppance for sexual misconduct allegations, Watson will miss 11 games to suspension in 2022.

In Watson’s stead, veteran QB Jacoby Brissett will hold down the fort, perhaps with a side dish of Mond at QB2. And when Watson returns, the ex-Viking should slide to QB3.

Mond was a tentative candidate for the Vikings 2022 practice squad. That dream — nightmare? — is now over. Minnesota has just two quarterbacks in its roster orbit — Kirk Cousins and Nick Mullens. Adofo-Mensah will presumably shop for a QB3 this week.