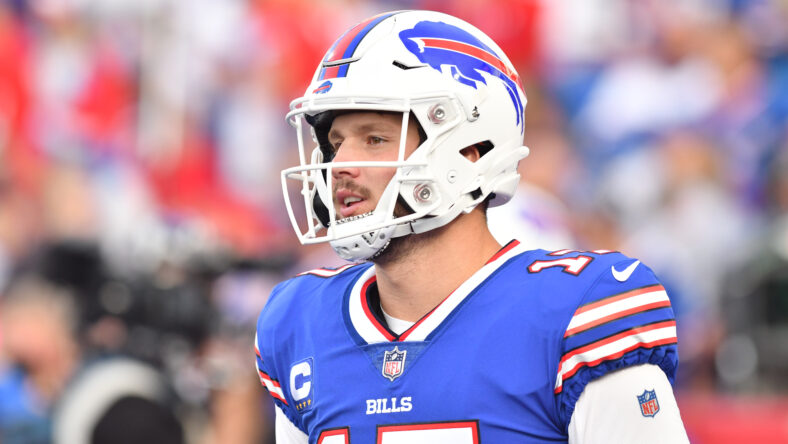 Buffalo Bills quarterback Josh Allen injured his elbow during a Week 9 loss at the New York Jets. The recovery time may not be swift.

Allen, the NFL’s MVP frontrunner, has maintained a mysterious status all week, causing Minnesota Vikings fans to ponder a “will he or won’t he” scenario for Week 10. The teams meet in Buffalo on Sunday.

But if practice is a reasonable indicator — cue the Allen Iverson clip — Allen’s outlook for Sunday seems grim. The 26-year-old hasn’t practiced all week, leading most NFL pundits and fans to speculate his probable absence.

And if Allen indeed does not play against the Vikings, former Vikings signal-caller Case Keenum would get the nod, with an opportunity to exact “revenge” for his former teammates. Keenum took the reins of the Vikings offense in 2017 after an injury to Sam Bradford, and the result was unexpectedly marvelous.

Keenum’s Vikings raced to the NFC Championship following a left-for-dead projection as Minnesota was missing its QB1, Bradford, and RB1 Dalvin Cook. Led by a Mike Zimmer-led hellfire defense, plus a Keenum-infused playground offense, the Vikings finished 13-3 and nearly reached the Super Bowl.

Buffalo media confirmed Friday that Allen, once again, did not practice on Friday — usually an indicator that a player will miss the upcoming game. Of course, Allen could fire up a Brett Favre-ish Sunday morning and play hell-or-high-water, but the NFL doesn’t tend to operate that way anymore.

Whether it’s Allen or Keenum, the Bills own the league’s best defense per points allowed. They’re more than just a Josh Allen-happy squad. The defense is skippered by Leslie Frazier, who, like Keenum, has ties to the Vikings. The Bills defense is no joke and may even be better than Allen’s precious offense.

Vegas certainly doesn’t believe in Allen’s prospects to play. The early point spread opened at 7.5 points favoring Buffalo, plunging to 3.5 points (still in favor of the Bills) with Allen’s lack of practice.

The Vikings are 3-0 versus backup quarterbacks in 2022. If Kevin O’Connell’s team finds a way to defeat Keenum — or Allen — the franchise will hold an 8-1 record for the first time since 2009.

29% of all Super Bowl-winning teams in NFL history started seasons with an 8-1 record.