John Elway Had His Eye on Vikings Coach 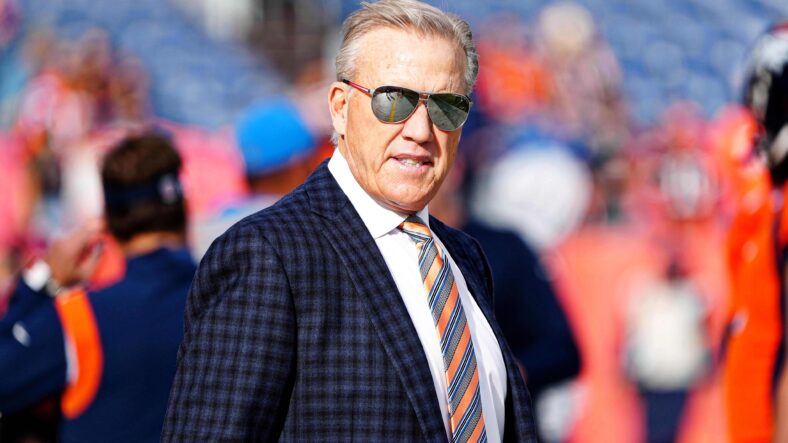 What could have been.

President of Football Operations for the Broncos, John Elway, affirmed his franchise’s ardor for O’Connell this week while talking to the Pioneer Press. Elway told Chris Tomasson from the Pioneer Press about O’Connell’s interview in Denver, “We interviewed him last year, and we were really, really impressed with his interview, so it does not surprise me he’s having good success [with the Vikings]. He was very, very impressive in the interview process, and it was nip and tuck which way we wanted to go.”

The Vikings have sprinted to a mostly unforeseen 4-1 start in 2022, and the Broncos are sitting at 2-3, trying to determine what happened with its strategy to merge head coach Nathaniel Hackett with Pro Bowl quarterback Russell Wilson.

Denver’s front office is driven by general manager George Paton, who has Vikings roots in the Rick Spielman days. Paton ventured to the Broncos in 2021, building a roster that looked absolutely dazzling heading into the 2022 regular season. Denver obtained Wilson for a king’s ransom from the Seattle Seahawks, but Broncos loyalists refused to panic because the product of the swap was Russell Wilson, for God’s sake.

Well, Wilson has played buffoonishly through five games, causing virtually everyone to wonder if he’s “hit a wall” and if Denver was utterly bamboozled by the Seahawks.

Elway’s comments to the St. Paul newspaper are odd for a couple of reasons. Foremost, why is he speaking to Minneapolis media in the first place? The Vikings don’t play the Broncos until 2023. Elway had to know chatting with Minnesotans about football would result in questions about O’Connell, who Elway evidently enjoyed during the wooing process.

Ergo, one might ask if Elway took the interview strategically, wanting to let the world know “he would’ve chosen O’Connell” if it were up to him. Paton was the ultimate decider of Hackett over O’Connell — and every other candidate. Elway used to be in charge of the Broncos but stepped away in 2021 after multiple years of Broncos futility, particularly at quarterback.

O’Connell also acknowledged the usefulness of his Broncos interview:

The would’ve-could’ve regarding O’Connell is a dead issue now — he’s the Vikings head coach, and Denver isn’t swooping in any time soon — but the timing is curious.

The Broncos are swatting away naysayers with batons about the efficacy of the coaching hire and quarterback trade. And then, oh, by the way, here’s Elway explaining to a Twin Cities newspaper that he “liked the other guy.”

Denver can stimy the chatter about its 2022 foolishness with a win on Monday Night Football in Week 6 at the Los Angeles Chargers. At 2-3, it’s virtually a must-win if the Broncos want to flirt with the postseason.

O’Connell currently has 12 to 1 odds to win the NFL’s Coach of the Year award. Hackett’s probability is 200 to 1.