It’s Another Clean Injury Report for the Vikings 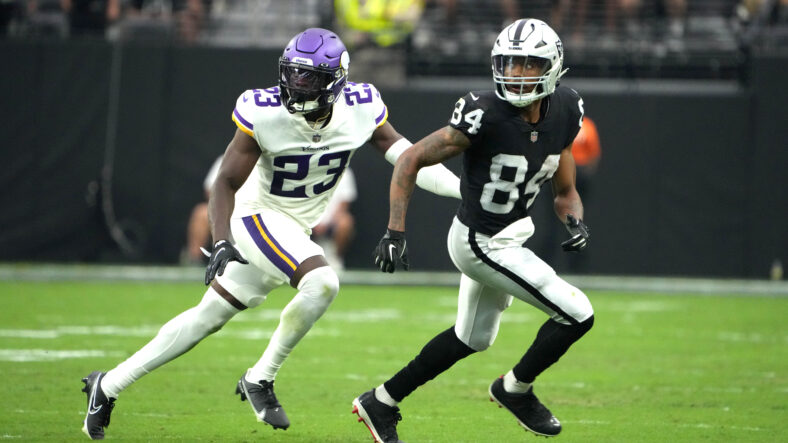 The Minnesota Vikings lost their 2022 first-round pick for the rest of the season with a fracture to his leg this past week. However, outside of that very unfortunate circumstance surrounding Lewis Cine, the injury report continues to be extremely clean for the Vikings.

For the second consecutive day, all 53 players on the active roster practiced on Thursday. This includes rookie cornerback Andrew Booth, who was upgraded to a limited participant on Wednesday and remained that way through Thursday’s practice.

Including Booth, a total of five Vikings found themselves on the injury report on Thursday:

While the report looks clean as a whole, there are three additions to the group of limited participants. Cam Dantzler was downgraded from full due to his ongoing hip problem while Ben Ellefson and Jalen Nailor appeared on the report for the first time this week.

Dantzler and Nailor each had a massive impact against the Saints last weekend. Dantzler recorded a key pass breakup on a deep pass to Chris Olave, and Nailor recorded his first career reception as he and punter Ryan Wright connected for 13 yards on Minnesota’s fake punt attempt.

A week prior against the Detroit Lions, Ellefson recorded a pair of catches for 24 yards. These both were career-highs for the tight end.

On the other side, the Chicago Bears also appear to be getting healthier ahead of Week 5’s matchup.

After leaving Chicago’s Week 3 game against Houston and sitting out the following week against the New York Giants, David Montgomery returned to the practice field on Thursday. He has been dealing with an ankle injury over the past couple weeks. Khalil Herbert replaced him in each of the past two games and recorded 234 rushing yards and a pair of touchdowns.

Assuming things remain the same for each of the two teams on Friday, each NFC North squad looks quite healthy heading into their divisional showdown on Sunday afternoon.