Is London to Blame for the Vikings in Week 4? 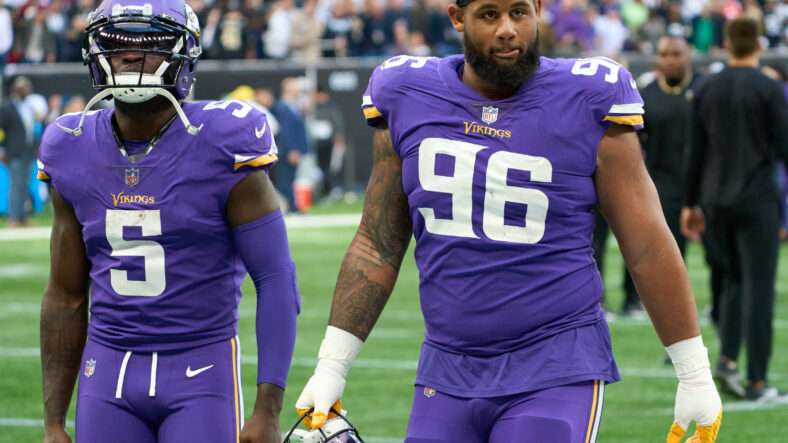 After starting their season 2-1 with a strong Week 1 performance against the NFC North rival Green Bay Packers, Minnesota headed across the pond for Week 4. It was a matchup that tilted in their favor, but everything looked harder than it needed to be. How much was travel the culprit?

After a much-to-close-for-comfort victory against the Detroit Lions in Week 3, Minnesota found themselves squaring off against a Saints team that will always draw the ire of Vikings fans. While this isn’t still the Bounty Gate group or the one that allowed the Minneapolis Miracle, something about that gold and black color scheme just allows your blood to boil.

Coming in as four-point favorites per Bovada, a line that rose as the game got closer, the Vikings were seen to have a respectable advantage despite the neutral field. It wasn’t just because the Saints have looked bad this season, going just 1-2 thus far, but they were without several key starters. Andy Dalton started under center in place of Jameis Winston. Alvin Kamara was out, leaving former Vikings running back Latavius Murray as the bellcow. Superstar Michael Thomas continues to miss games, and star lineman Andrus Peat was held out with a concussion.

On paper, this looked like a game Minnesota should run away with.

Then the game got underway, and that appeared to be a reality as well. Kevin O’Connell’s team orchestrated a surgeon-like first drive with Kirk Cousins putting the ball into Alexander Mattison’s hands for a 15-yard touchdown reception. That’s when things got squirrely. Minnesota traded punts with the Saints before Cousins made an awful throw, getting picked by Tyrann Mathieu. New Orleans tied the game, and the Vikings quickly punted again.

Despite three trips to the red zone from that point on, the Vikings mustered just three field goals. They twice failed to score touchdowns from within the 10-yardline. For a team designed to be an offensive juggernaut, the execution and gameplan looked nothing close. End-of-half and end-of-game clock management also left plenty to be desired.

Surprisingly, Cousins led somewhat of an uncharacteristic 4th quarter drive to set up the win, and Minnesota (with the help of a long missed field goal) stamped their passports with a victory.

Looking ahead to a Week 5 matchup against the Chicago Bears at home, Minnesota should be licking their chops. Justin Fields has been terrible, there are few skill players of mention there, and that’s a team the Vikings should have their way with. It should come with some reason for enhanced focus this week, however, as execution against an opponent begging to be beat was already poor.

A win is always a good thing, and that includes winning ugly. Maybe the travel was to blame, and perhaps the odd week of preparation had them off. We’ll see, against another team ready to be crushed, how much can truly be blamed on a trip to London.