Could Eric Ebron Be the Free-Agent Savior for Vikings TE Room? 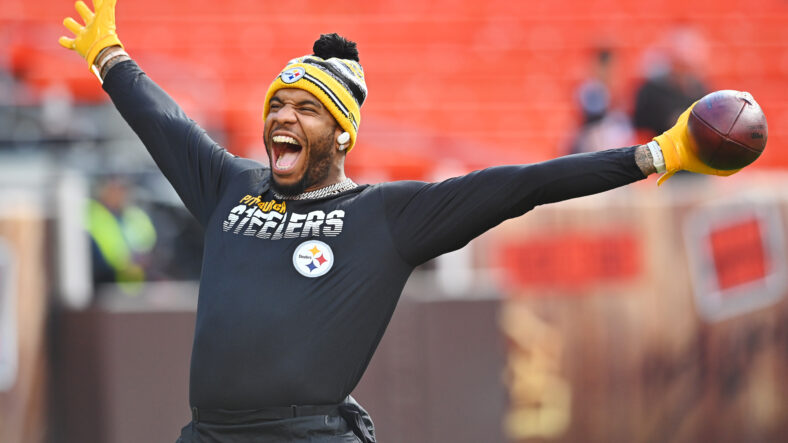 Every year it’s the breakout that needs to happen. Now for the second season in a row, he’s dealing with an injury that puts his playing status in question. What if the Vikings just turn to a veteran instead?

There’s no denying that having a dynamic player like Irv Smith Jr. healthy and contributing to Kevin O’Connell’s offense would make the Vikings a much better team. Unfortunately, he’s now dealing with a surgically repaired thumb that leaves his availability for the regular season in question. If Minnesota wants to turn somewhere, looking at a former divisional foe may not be the worst idea.

Between all of the tweets regarding NFTs that I have no idea how to decipher, Ebron did throw out there the other day that he’s still available. It certainly isn’t lost on anyone that timing coincides with the Vikings dealing with their own issues, and back in June, Ebron was suggested to be a “best fit” with Minnesota.

The former 10th overall pick is now entering his 9th season in the National Football League and, barring a return to a former team, would be looking at his fourth organization. Ebron had some decent years with the Detroit Lions before becoming a rotational player with the Indianapolis Colts and Pittsburgh Steelers. He’s always been seen as more of a receiving threat at the tight end position, and that fits the mold Minnesota would expect from Irv Smith Jr.

Ebron played in just eight games for the Steelers last season and drew only 18 targets. The year prior, his first in Pittsburgh, Ebron recorded five touchdowns on 91 targets and 56 receptions. Even at 29 years old, I still think there’s plenty of reason to believe the former Tar Heel standout can ball. With Johnny Mundt, Zach Davidson, and Ben Ellefson the only other tight ends on the roster, the Vikings certainly could be looking for a veteran presence.

Any likelihood that the Vikings would agree to a contract with Ebron hinges on a few things. They only have roughly $8.7 million in cap space as presently constructed, and how they want to dole out that surplus remains to be seen. They could still prefer to cut a deal with Ndamukong Suh, which would ultimately eat up most of that room. There’s also uncertainty about when, how effective, or what should be expected from Smith Jr. when he’s able to go.

This is a decision that Minnesota will have to make soon, as preseason action gets underway, and Ebron would need time to ramp up. Either way, there’s less certainly than Kevin O’Connell would probably like amongst his tight ends, and how the roster shakes out there remains to be seen.