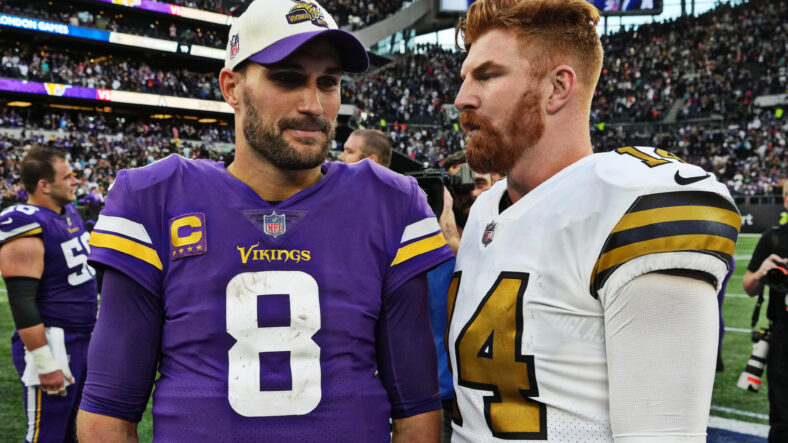 The Vikings downed the undermanned New Orleans Saints, 28-25, in London, thanks to a 4th Quarterback comeback orchestrated by Cousins, a game-winning field goal by Greg Joseph, and a missed 61-yard field goal from Saints kicker Will Lutz, which would’ve sent the game to overtime.

Overall, Cousins was accountable for 272 passing yards, a touchdown, an interception, and a clutch late-game performance. And the latter is usually a trait that Cousins’ naysayers demand more of from him.

Still, the internet did its thing, admonishingCousins for the comeback in some rather creative ways.

Juan Hustle credited Justin Jefferson, not Cousins, for the triumph.

Damon Amendolara joked about the faux primetime nature of the game.

BetMGM used an old clip to have a little fun.

Blame all the stuff on Minnesota’s quarterback.

Cousins is apparently mediocre, whereas Jefferson is not.

FanDuel jokingly decided the Vikings punter was better than Cousins.

A couple more opinions detailing the punter as a superior passer to Cousins.

And a weird one.

The Vikings live in the NFC’s No. 2 seed and would host the Green Bay Packers if the playoffs began today. The game-winning drive was Cousins’ 21st since becoming a full-time starter in 2015 — the fourth-most in the NFL during the timeframe.

Cousins and the Vikings host the Chicago Bears on Sunday and are seven-point favorites in the matchup.