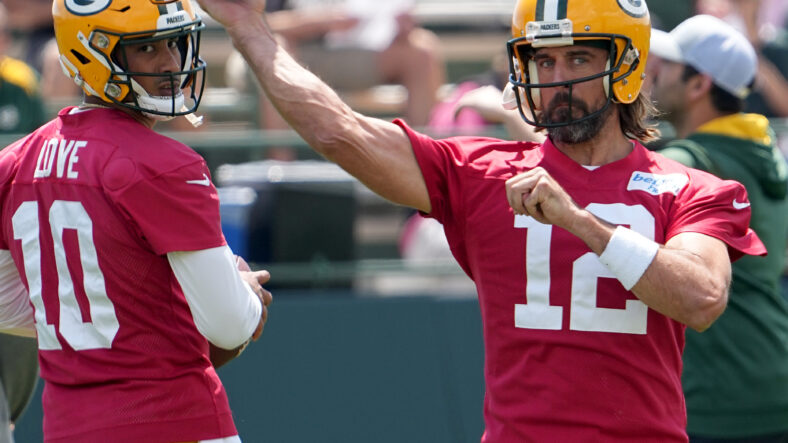 It has been nothing but success during the regular season since Matt LaFleur took charge of the Packers in 2019. His won/loss record as head coach in Green Bay reads 39-10, with 13 wins as division winners every season.

Unfortunately for Packers fans, that success hasn’t been replicated in the playoffs. As far as the NFC North goes, the Packers are still the team to beat, especially with Aaron Rodgers still quarterbacking them. There hasn’t been the offseason circus surrounding Rodgers this year, having signed a new $50 million a year extension — which was likely all along will probably come to fruition, and Rodgers will see out his career in Wisconsin. He will probably go on for as long as he can or until he wins his second Super Bowl, eclipsing the achievement of his predecessor Brett Favre.

A third consecutive division win came at a canter with 13 wins, while their nearest challenger only managed eight. They have been a cut above their divisional rivals for the past three seasons, built on a solid defense and back-to-back MVP seasons from Rodgers.

Once again, it was a disappointment in the playoffs. After losing consecutive NFC champions games, the season fizzled out even earlier in 2021. A 13-10 defeat by the San Francisco 49ers at the first hurdle in the divisional round ended the season, leaving the Packers wondering what they must do to translate their regular-season form into playoff success.

The main news outside of Rodgers was star wideout, Davante Adams, choosing to leave Green Bay. Instead of opting for a new contract with the Packers, Adams headed west to Las Vegas, where he’ll now play his football with the Raiders.

Even when Adams was on the roster, WR was viewed as the problem position. To not only lose him but also Marques Valdes-Scantling and Equanimeous St. Brown left the cupboard bare — with only Allen Lazard, Randall Cobb, and Amari Rodgers left.

Sammy Watkins was signed to add depth, and Christian Watson was drafted in the second round. Unless Watson has an immediate impact, which is a lot to ask of a rookie, or Amari Rodgers makes significant strides in Year 2, it’s an underwhelming wide receiver group.

Other players of note that have left Green Bay include Za’Darius Smith and Chandon Sullivan, who now play for Minnesota Vikings. Offensive linemen Billy Turner and Lucas Patrick have also left, but that’s about it. The central core of the team that’s been successful in the division for the last three years is still intact.

Green Bay will expect to win the division again for the fourth straight season, and the Packers are still the team to beat. The Vikings are the most likely challengers, but with a whole new regime in Minnesota, it may take time for that team to jell. Other than the loss of Adams, it’s very much a go again in Wisconsin. Aaron Rodgers and his men are fairly viewed as one of the main contenders in the NFC. If they do make it to the playoffs again, they simply have to find a way to win.

Who knows how many seasons Rodgers has left in the tank? Green Bay needs to capitalize on their future hall of fame quarterback before it’s too late.