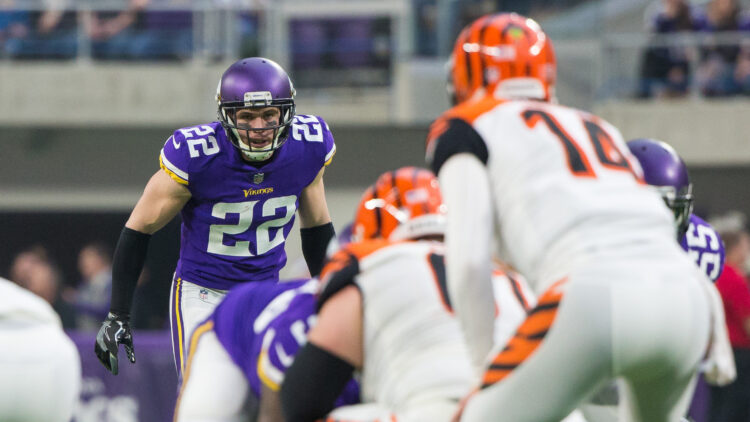 It’s the time of year when Pro Football Focus is ranking players for all the different positions. If there has been one position group that has been certain to have a Vikings player appear high on the list, it has been safety.

Veteran Harrison Smith ranked 2nd in PFF’s all-around safety rankings. He might be 33 years old now, but he was still one of the best safeties around last season. I don’t expect that to change this year.

PFF split the safety position into four different groups, each with there own ranking. The four groups are coverage free safety, box strong safety, matchup slot, and all around where Smith is ranked. Seven players in the all-around category ranked as follows:

Here is what writer Sam Monson had to say about Harrison Smith:

“Harrison Smith has long been the prototype for this group of safeties. Much of that is because of the Vikings’ Mike Zimmer-led defense, but Smith was the player who made all of those coverage shells work. His ability to line up in any safety position within any coverage shell allowed the rest of the pieces to fall into place around him. Smith may be declining from his elite best (his past two seasons have earned PFF grades of 74.3 and 77.9, down from 90.0-plus), but he still ranked 12th at the position in 2021 for a defense that lost a lot of talent.“

His best days may well be behind him, but the Hitman is still better than most and has another couple of years of high-level football in him, injury dependant. Joined on the field this year by a rookie and/or second-year player in Lewis Cine and Camryn Bynum, his experience should be invaluable. They will be fortunate to learn under the guidance of one of the very best. Of course, the two young Vikings safeties do not make the list this year. However, both will be hoping to make the kind of impact this season to change that for PFF’s 2023 edition.

However, one former Viking does make the cut. Jayron Kearse comes in at number seven on the matchup slot rankings.  Drafted in the seventh round by the Vikings back in 2016, Kearse showed promise during his time in Minnesota — notably covering Noah Fant and denying what would be a game-winning touchdown on the last two plays of the game against the Denver Broncos on Thursday Night Football back in 2019. It wasn’t enough to keep Kearse in Minnesota as he found himself in Detroit for the 2020 season. Last season, he landed in Dallas and made enough impact to make this list.

For the record, the first ranked player in the other categories is Kevin Byard for coverage free safety, Budda Baker for box strong safety, and Derwin James for matchup slot. It wasn’t quite first place for Smith, but his ranking at 2nd in PFF’s all-around safety ranking at this stage of his career is extremely impressive and speaks volumes about the quality of the man and the player.