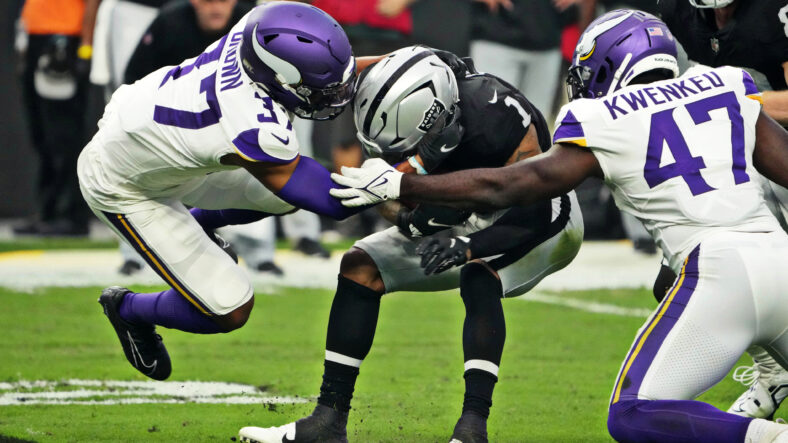 The Minnesota Vikings and Green Bay Packers have unintentionally swapped a handful of players in 2022, and the cycle continued on Wednesday.

Undrafted free agent safety Mike Brown, who spent the spring and summer with the Vikings, joined the Packers this week and will assume a practice squad assignment.

Brown was waived by the Vikings on August 30th, the final day for roster trimdowns to 53 men. He was not added to Minnesota’s practice squad like some others thereafter.

The Miami-Ohio alumnus faced an uphill climb with making the Vikings roster in August, competing against Harrison Smith, Camryn Bynum, Lewis Cine, Josh Metellus, and Myles Dorn. Ultimately, Smith, Bynum, Cine, and Metellus made the team, while Dorn was relegated to the practice squad. Dorn essentially beat out Brown for the practice squad assignment.

The Packers already roster a man name Micah Abernathy on the practice squad, so it is unclear how soon Brown would see a regular season field if Green Bay needed personnel replenishments.

Back in the spring, EDGE rusher Za’Darius Smith and cornerback Chandon Sullivan departed the Packers for the Vikings, while a rookie kicker named Gabe Brkic defected from Minnesota to Green Bay in June. Brkic was later released.

The Vikings defeated the Packers in Week 1 by a score of 23-7 in Minneapolis.