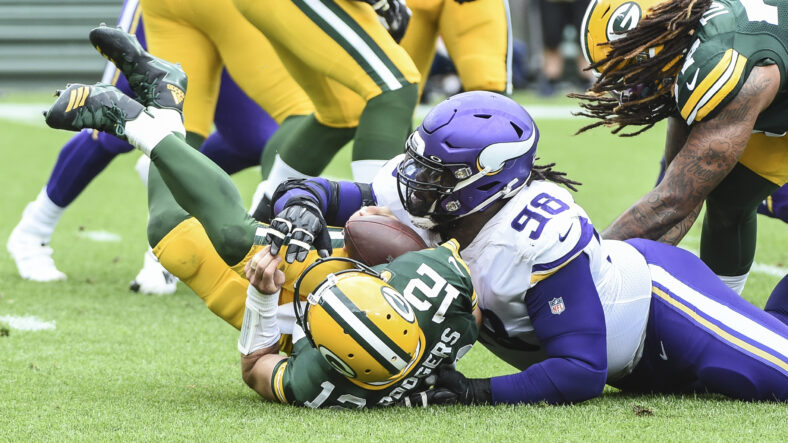 ‘The Big Goon’ has been a free agent for months, and he may soon find employment with the New York Jets, a team 4-2 through six weeks.

He’s Linval Joseph, and the Jets hosted the nose tackle for a free-agent visit and workout on Friday.

Joseph, 34, last played for the Los Angeles Chargers in 2020 and 2021 but spent six seasons with the Minnesota Vikings from 2014 to 2019. Before his Vikings career, Joseph was selected by the New York Giants in the 2nd Round of the 2010 NFL Draft and spent four years alongside Eli Manning. He even won a Super Bowl with the Giants.

A fan favorite, Joseph was absolutely beloved in Minnesota. He was an anchor for the Mike Zimmer-led defenses that pestered the NFC North for about five seasons. From 2015 to 2019, right in Joseph’s breadbasket with the Vikings, Minnesota ranked second in the NFL per points allowed, only trailing the dynastic New England Patriots in the timeframe.

But then in 2020, multiple Vikings defenders jettisoned in free agency, including Xavier Rhodes, Trae Waynes, Everson Griffen, and Joseph — and Zimmer’s cherished defense never recovered. Joseph wound up with the Chargers and is now seeking his fourth place of employment.

In June, Joseph curiously posted a video to his Instagram account, showing himself at the Vikings headquarters in Eagan. Folks spitballed a possible Vikings reunion, but it never materialized.

The Vikings and Jets square off in 44 days at U.S. Bank Stadium. The Jets defense ranks 11th in the NFL per defensive EPA/Play.