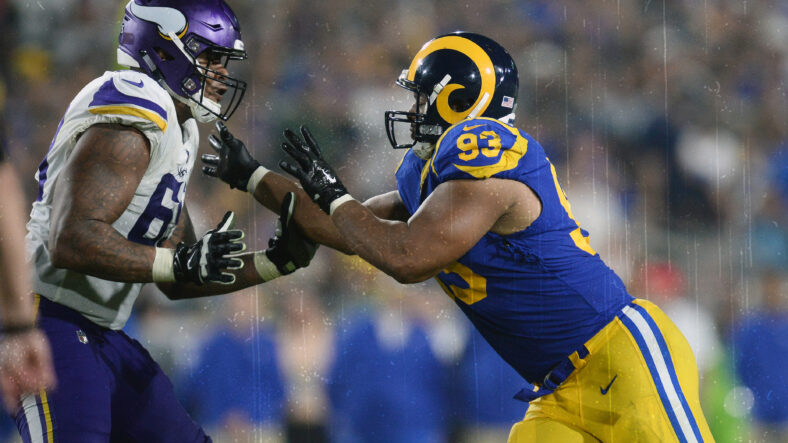 A long-time member of the Minnesota Vikings has landed with the Washington Commanders.

Rashod Hill, who played for the Vikings from 2016 to 2021, signed with the NFC foe, according to Hill’s agent, Brett Tessler.

The offensive tackle didn’t experience much playing time in his rookie season. However, from his sophomore campaign through the end of the 2021 season, Hill played in 90% of all Vikings games. All told, he appeared in 74 games for Minnesota while starting 22.

New Vikings general manager Kwesi Adofo-Mensah welcomed a handful of new offensive linemen this offseason, including Jesse Davis, Chris Reed, plus rookies Ed Ingram and Vederian Lowe. Accordingly, Hill was the odd man out as a priority was not set on re-signing Hill for a seventh season.

Hill encountered a down season for performance in 2021, at least per Pro Football Focus‘ grading system. Here’s his career PFF resume as the 30-year-old begins his second NFL chapter with the Commanders:

In Washington, Hill will battle for a backup OT job behind Charles Leno and Samuel Cosmi. He’s an extreme longshot to win a starting job but a somewhat safe bet to make the 53-man roster.

Hill will also reunite with two other former Vikings with the Commanders — Taylor Heinicke, a backup quarterback to Carson Wentz, and Willie Beavers, an offensive lineman competing for a roster spot. During his Vikings career, Hill participated in more career games for Minnesota than Percy Harvin, Brad Johnson, Al Noga, and Chester Taylor.

The financial terms of Hill’s deal were not immediately available.