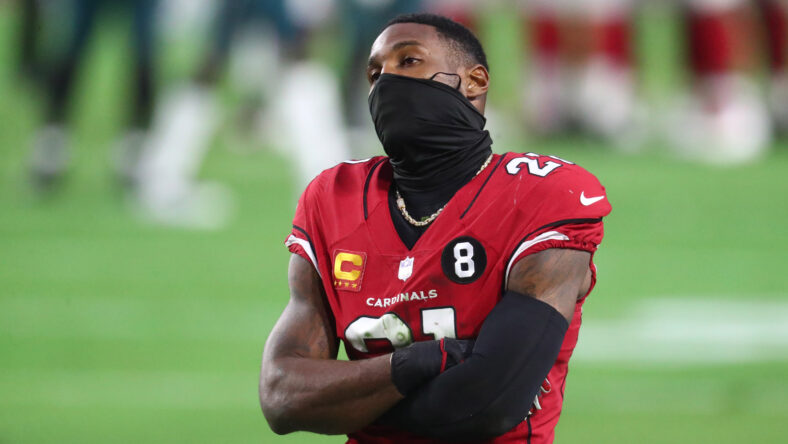 When the Minnesota Vikings and Arizona Cardinals lock horns in Week 8, about six former teammates will be in the presence of various one-time other teammates.

Most Cardinals players who formerly played for the Vikings are on Arizona’s practice squad. But two former Cardinals are now Vikings starters.

Those men are Patrick Peterson, who played for the Cardinals for 10 years, and linebacker Jordan Hicks, a defender who joined the Vikings after three seasons in Arizona.

Peterson departed the Cardinals after the 2020 season, embarking on his second chapter in Minnesota as a starting corner. He fired up a 63.0 Pro Football Focus grade in 2021, increasing the mark to 73.0 so far in 2022. In fact, Peterson hasn’t allowed a touchdown this season, holding opposing quarterbacks to a 52.1 passer-rating against, a marvelous statistic, especially for a 32-year-old.

With the Cardinals, Peterson was an eight-time Pro Bowler and three-time 1st-Team All-Pro.

His teammate in Arizona and Minnesota, Jordan Hicks, is also a starter on the Vikings defense. Hicks is an off-ball linebacker next to Eric Kendricks in Ed Donatell’s 3-4 defense, possessing a 55.1 PFF grade through seven weeks. Before trekking to Minnesota, Hicks was a Cardinal from 2019 to 2021, ranking fifth in the NFL in tackles. He’ll get a crack at vengeance, like Peterson, on Sunday.

For the Cardinals, ex-Vikings linebacker Nick Vigil is on injured reserve but played in 16 games for Minnesota last year. Cornerback Nate Hairston lives on Arizona’s practice squad, and he was an early-offseason free-agent signing by Vikings general manager Kwesi Adofo-Mensah. But when it got down to brass tacks for roster trimdowns, Hairston vamoosed and joined Arizona.

Linebacker Blake Lynch, a Vikings alumnus from the 2020 and 2021 seasons, is also on the Cardinals practice squad after Arizona’s general manager Steven Heim signed him about a month ago. Neither Hairston nor Lynch has experienced regular season action in 2022.

Finally, a once-popular Vikings WR, Laquon Treadwell, is a member of the Cardinals practice squad, too. He signed in the desert two weeks ago and could actually see regular season action with Marquise Brown on the shelf with an injury.

Last year, the Vikings lost a heartbreaker in Arizona, thanks to a missed game-winning field goal by Greg Joseph. The game was on the line, quarterback Kirk Cousins navigated the team to reasonable field position, and Joseph bungled the game.

So, on top of Patrick Peterson’s former-team motivation, this whole Vikings squad has revenge on the brain, as the 2022 roster is largely similar to 2021.