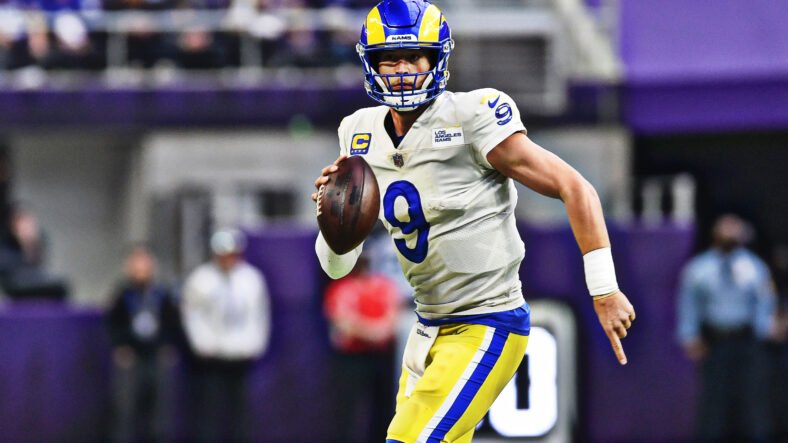 Since the last posting of these NFL power rankings, a handful of transactions have occurred, like the trade by the Carolina Panthers for Baker Mayfield this week.

Accordingly, consider this batch the summer edition of power rankings. Before the 2022 regular season begins, one final edition will be published.

The teams are ranked in ascending order, from worst to best.

Davis Mills might develop into something neat, but the Texans roster is lousy compared to the rest of the league.

The Falcons live in a self-imposed friend zone. We don’t know if they’re trying to tank — or compete.

The Drew Lock experiment begins — unless Seattle trades for division foe Jimmy Garoppolo — and so does Seattle’s tenure in the bottom tier of league power rankings.

The Jaguars can grow substantially in 2022, but their roster is still timid compared to other depth charts.

After a phenomenal 2022 draft class, Zach Wilson and his peers begin to drag the Jets out of the NFL’s doghouse, where they’ve lived for years.

The Lions will finish third in the NFC North, maybe even with a 7-10 record so. Detroit’s offensive and defensive trenches are impressive. So is Amon-Ra St. Brown. But Jared Goff is not.

Washington will be the latest team to experience the Carson Wentz snakebite. They should’ve traded for Baker Mayfield if they wanted a question-mark QB1. Wentz had his chance in Indianapolis — and flopped.

There is a lot of Daniel Jones hype as “mini-Josh Allen,” but hype is hype. Turning the culture around is solely up to Brian Daboll.

Low, right? They live at #23 because their $230 million quarterback will likely be suspended for 8-17 games. The Browns will pay Deshaun Watson and Baker Mayfield not to play in 2022. Then, Jacoby Brissett leads the charge versus a deadly AFC. Audible laugh out loud.

Some believe the Panthers defense stinks. Last year, Carolina’s defense was outstanding. What gives? Lost in the Mayfield trade hubbub was the idea he can simply give the ball to Christian McCaffrey 25 times per game. That helps.

This will be a very fun team to watch. It has newness galore, with Tua Tagovailoa as the fulcrum to determine if Miami is any good.

Trubisky or Pickett? Coming to a Steelers-themed website near year. Regardless of who plays QB1 for the bulk of the regular season, we know Pittsburgh has an 8-9 floor. They won’t be terrible. It’s impossible.

No Brees. No Payton. Who are these guys? The Saints are a fringe 10-7 team — is what. The Winston saga continues as the QB1 gets another starting nod.

Sneakily, the Eagles made it to the 2021 playoffs. They suddenly have a bunch of firepower on offense. Like Daniel Jones in New York, this team’s prognosis depends on Hurts’ maturational progression.

New England will probably find a way to contend for a sixth or seventh seed. But doesn’t their lack of talent of offense eventually bottom the franchise out (at least by their standards)?

The AFC West is murderous, and the Raiders will be the only AFC West team susceptible to murder.

Kyle Shanahan needs Trey Lance to bust out for his trade 14 months ago to look smart. So, they’ll force him to start, hell or high water.

The Vikings, undeniably, have the roster to reach the postseason. The enterprise is banking on Kevin O’Connell to shine immediately, mainly because the 2022 roster looks 80% similar to the 2021 edition.

Tennessee is the beneficiary of a weak division, and an obituary on their little run amid the last few years cannot be authored just yet.

Matt Ryan isn’t geriatric, and a competent quarterback is all the Colts need. Now, they have one.

While Baltimore doesn’t have loads of offensive weaponry around Lamar Jackson, they do have John Harbaugh and a fabulous 2022 draft class.

Folks sleep on the Cardinals for unknown reasons. The CBs aren’t great, but the rest of the depth chart is pretty fantastic.

Dak Prescott enters Year Seven as a starter, so all excuses surrounding his performance must cease. He’s not a young-young quarterback anymore. It’s time for the Cowboys to make noise.

Beware of the Super Bowl runner-up curse. Thankfully for their sake, the Bengals, like the Chiefs last offseason, fixed their one scourge — offensive line pass protection — in a single offseason. Must be nice.

Aaron Rodgers will find a way to make them an 11+ win team, but the Packers window is closing.

A depth chart of dreams, it’s very strange that Los Angeles hasn’t reached the postseason in Justin Herbert’s first two years. That will change in 2022.

Any person who ever counts a Tom Brady-led team is a lunatic.

If the Chiefs don’t reach the Super Bowl in 2022, the shine of Patrick Mahomes will fade just a little bit.

The dream-team roster from 2021 is still intact — and might even be better.

If this isn’t “the Bills year,” when is? Buffalo’s roster is marvelous, deep, and hungry. Should the Bills falls short of the Super Bowl again, Brandon Beane might go bonkers trying to figure out the solution.