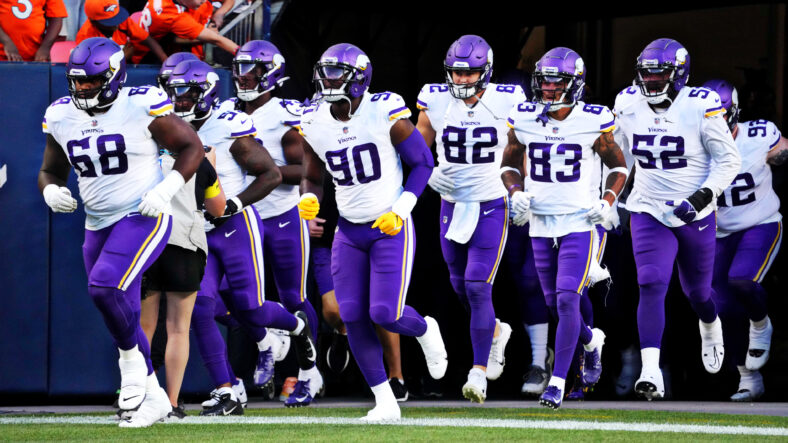 The Minnesota Vikings failed to win a game during the preseason after starters, almost in unison, were rested for all three games.

Meanwhile, the new coaching staff received a prolonged look at all other players, culminating in a 53-man regular season roster to be announced on Tuesday.

This is a projection for the roster reveal (players sorted alphabetically).

That’s a wrap for the summer participants in the Vikings QB2 battle. For the most part, it wasn’t fun to watch, and two men exit-stage-left accordingly. The Vikings finally showcase the offense with Cousins in less than two weeks. Thank God.

The biggest note of controversy in this projection, we predict Minnesota will move on from Ham as fullbacks aren’t required in a Kevin O’Connell offense.

If Davidson were a better blocker, he’d make the cut over Ellefson. Alas, he is not. It’s too bad because Davidson is quasi-freakish. He is basically a small forward on the football field.

Blake Brandel played his way onto the active roster — kudos to him. The Wyatt Davis dream comes to an end, while Lowe probably lands on the practice squad.

If the “out” players clear waivers, this is a prime section of the roster to fortify the practice squad. Robinson didn’t do quite enough to make the team — a disappointment considering his youth and draft stock.

Surratt’s failure to make the team is yet another indictment on the Vikings 2021 draft class — well, some of it anyway. Lynch could join the regular season roster instead of Dye, so monitor that one.

Boyd was a machine for a few minutes versus Denver, likely solidifying a roster spot. The rest of the cuts are non-mysterious. The Vikings could scour other teams’ roster casualties to fortify this section of the roster this week.

Lost in the summer a bit is Lewis Cine’s non-emergence as a starter. Cine will be a starting safety for the Vikings before too long, but he has not seized the job from Bynum yet — something most Vikings faithful believed he’d so seamlessly.

The final section of the roster is melodramatic because Minnesota fired up the controversy last week when it released Berry in favor of Wright.

And then Wright emphatically proved in Denver why they made the move.

He can hold the ball for field goals, too, a primary fear from Vikings fans when Berry was chopped.