Dolphins Game in Week 6 a Little Funky for Vikings 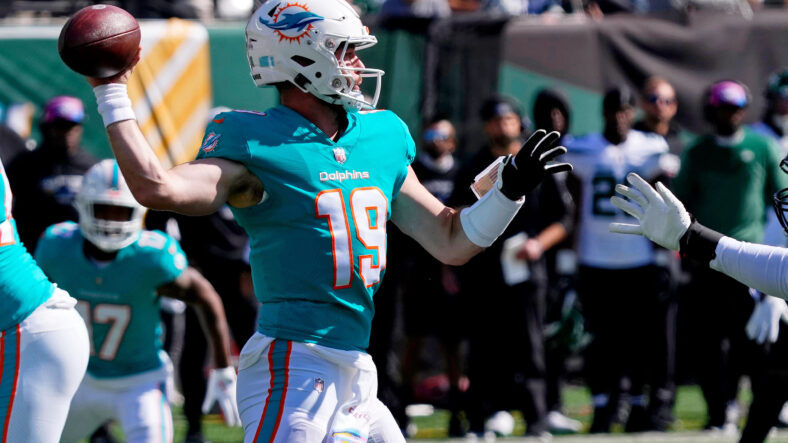 The Minnesota Vikings were supposed to face a Miami Dolphins team with heightened expectations during Week 6. As circumstances have changed, fans may travel to Florida to see a different reality for both sides.

Not many outlets had Kevin O’Connell’s club leading the NFC North in 2022. Through one tilt with each divisional opponent, however, the Vikings have held serve and protected homefield advantage at U.S. Bank Stadium. They now begin seven weeks of teams outside the division, starting with a game that initially would’ve considered them an underdog.

Despite the clunker against the Philadelphia Eagles, Minnesota has looked dominant for the better portion of their weekly matchups. Miami should still be a tough test given the travel and emergence of talent under first-year head coach Mike McDaniel, but recent weeks have brought plenty of misfortune to South Beach.

During a Thursday Night Football contest, the NFL world watched the Dolphins put their franchise quarterback back under center after a very apparent concussion had occurred. A week later, Tua Tagovailoa was again slammed to the ground and suffered his second concussion in as many weeks. Now shelved for what hopes to be an appropriate period to sufficiently recover, the Dolphins have needed to make adjustments.

Backing up Tua is former Vikings franchise-hopeful cornerstone, Teddy Bridgewater. Except, last week against the New York Jets, Bridgewater himself appeared to suffer a concussion and found himself in the revamped protocol after the NFL made necessary changes to ensure another Tagovailoa situation doesn’t happen again. This leaves 7th-round pick Skylar Thompson in line to make his first NFL start.

Given the obvious, less-than-ideal scenario, the Vikings have yet another opportunity to play a complete game. Thompson may be without star wide receiver Tyreek Hill, although Miami is hopeful he’ll play. Still, it’s a young signal-caller thrust into a situation well before anyone would suggest he’s ready. The Vikings have been tested defensively to this point, and they’ve mostly bent without breaking.

The Vikings have done a solid job coming out strong in most of their matchups, but it’s been a level of engagement throughout the full 60 minutes that has been lacking. Pressuring Thompson to help the corners with Hill and Jaylen Waddle is a must. Keying on the running game and forcing the former Kansas State quarterback to make plays has to be Ed Donatell’s gameplan.

Realistically, as good as Cousins has been in the 4th quarter this year, Minnesota would not prefer to continue seeing him forced into game-winning drives. As they develop leads, this team has to be able to show an ability to sustain them. There can’t be a checking out process on either side of the football, and O’Connell can’t change the offensive gameplan should the Vikings jump out to big or early leads.

This game against the Dolphins has gone from an underdog, or toss-up situation, to one Minnesota must win. They need to do so in convincing fashion, and regardless of the coaching or talent around him, Thompson must be made to look like the deer-in-headlights quarterback.