Does a Win vs. DAL Finally Get Vikings Some Respect? 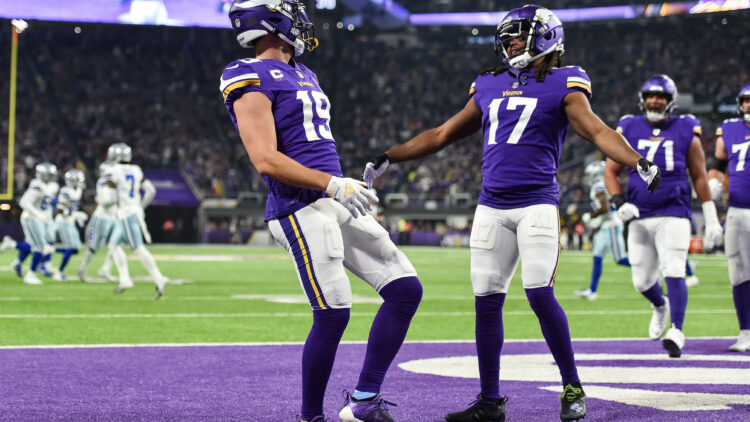 The NFL just witnessed arguably the greatest game in Minnesota Vikings history a week ago. Despite being sizeable underdogs and overlooked regardless of their record, Minnesota downed the Super Bowl favorite Buffalo Bills on the road. Now underdogs at home against the Dallas Cowboys, does a win finally get them their due?

There’s no denying that the Minnesota Vikings have won games in a less-than-convincing fashion this year. They’ve needed late or come-from-behind heroics to pull out victories, and there hasn’t been an absolute drubbing of an opponent since Week 1 against the Green Bay Packers. It is worth wondering if that is a feature rather than a bug, however.

Although Kevin O’Connell wasn’t around last season, most of this Minnesota Vikings squad remains unchanged. They know how hard of a flop the outcome against Cooper Rush was. They also know that they’ll get Dallas’ best shot with Dak Prescott under center and an offense that has drawn high praise.

It’s not as though everyone doubts the Vikings. This week Pro Football Talk’s Mike Florio vaulted Minnesota to the top of his power rankings. ESPN has them near the top as well, but bookmakers still want to see more. With a traditional three-point line offered as homefield advantage, Bovada has Minnesota as a 1.5-point underdog. Part of that could be the public betting influence on popular teams like the Cowboys, but it still seems curious.

A game like this is definitely a situation where the Vikings could flop and have in recent seasons. Knowing they are underdogs could be good for them, and O’Connell continuing to make sure his guys are focused on one week at a time remains imperative. The Vikings will be in the playoffs at this point, but pushing for the best possible seed and worrying about those games when they come is a must.

The toughest test for Minnesota in this stretch may be that they face New England on a short week. Dallas is a team that this club should beat at home, and so too are Bill Belichick’s Patriots, but the quick turnaround could be troublesome, especially if they are coming off a loss.

Knowing the hype surrounding the Cowboys nationally every year, Minnesota establishing themselves and winning this one in a laugher would go a long way to cementing a 9-1 record’s validity. Here’s to hoping they can do it.