Did the Lions Give the Vikings a Gameplan? 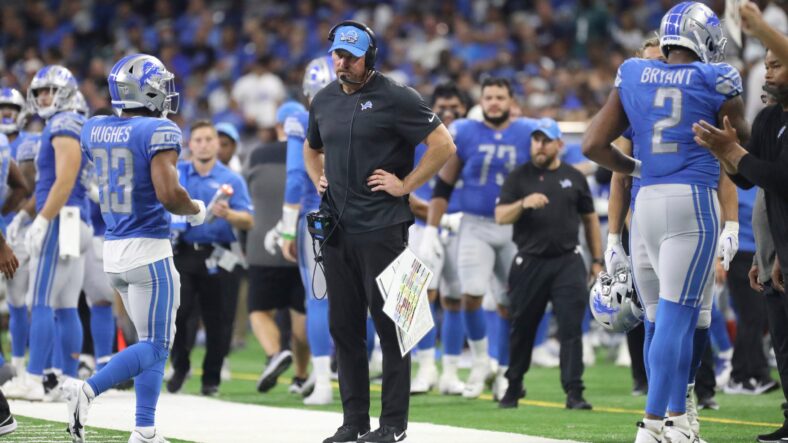 The Minnesota Vikings will square off against the Philadelphia Eagles on Monday Night Football. Last week, Jalen Hurts led the Eagles into Detroit as six-point favorites and ended up walking away with a field goal victory. How much can Kevin O’Connell take from that outing?

I don’t think anyone expected the Detroit Lions to make much noise this season, but the Philadelphia Eagles aren’t exactly world-beaters, either. It’s hard to play on the road in the National Football League, and while Jalen Hurts could break through this year, week 1 is probably more of an acclimation process.

Still, this was hardly the drubbing it should’ve been, and that has to have Minnesota licking their chops.

Detroit led through the first quarter scoring the only touchdown. Then, Philadelphia ripped off 24 points in the second quarter and another 14 in the third quarter. 38-21 heading into the fourth quarter had the matchup looking like the laugher it should’ve been expected to be. Maybe the Eagles took their foot off the gas, but they certainly allowed the Lions life.

Hurts played the entire game, split time working as a quarterback and running. Despite attempting 32 passes, he completed just 18 and didn’t register a touchdown. His 17 carries combined for 90 yards and did allow him to find the end zone. On the whole, though, the Eagles surrendered nearly 400 yards of offense while getting gashed by D’Andre Swift. Jared Goff was largely mediocre, yet he still recorded two touchdowns on 215 yards passing.

It looked like a rather undisciplined Eagles squad as well. Philadelphia took 10 penalties for 61 yards and only forced a single interception, with a half sack tallied by Fletcher Cox and Brandon Graham.

Albeit with the benefit of playing at U.S. Bank Stadium, Minnesota held a much better Green Bar Packers team under wraps. Aaron Rodgers was forced from the action late, and the green and gold generated just 338 yards. Minnesota had just 20 penalty yards on the day, and they got to the quarterback four times.

Ed Donatell’s defense will need to key in on Hurts. A.J. Brown is definitely a playmaker at the wide receiver position, but it was apparent that he’s Hurts’ only target. Hurts did plenty of damage with his legs, and it will be on Danielle Hunter, Za’Darius Smith, Eric Kendricks, and Jordan Hicks to keep him contained. If they are as prepared as they were for the Packers contest, though, this should be an opportunity to put the league on notice.

Minnesota looked good in their home opener. How well they establish themselves in their first road contest will go a long way to directing expectations the rest of the way.