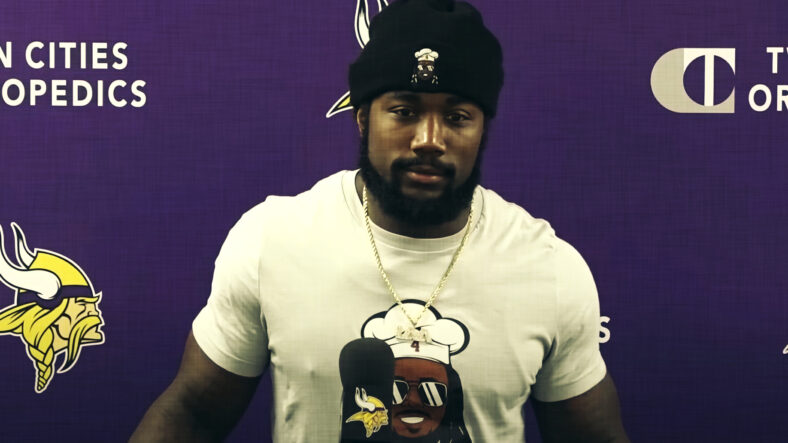 The Minnesota Vikings defeated the Miami Dolphins 24-16 in Week 6 thanks to some sapient defense and a terrific day in his hometown for RB Dalvin Cook.

Cook finished off the Dolphins in the 4th Quarter with a nifty 53-yard touchdown run during his best game of 2022 to date. But this week, Cook was fined for the play, as the Miami native heaved the football in the stands as an act of celebration.

Such a celebration is not allowed, making Cook’s pocketbook $7,426 lighter.

The fine was the first of Cook’s six-year career and the first for the Vikings since Week 16 of 2021, when Harrison Smith and Eric Kendricks were docked for unsportsmanlike conduct infractions. And the fine for Cook occurred on a relatively penalty-free day for Minnesota, as the Vikings were hit for just two penalties and 20 yards. Minnesota ranks first in the NFL for fewest penalty yards through Week 6.

Cook’s touchdown was his longest since 2020 and arrived as the Vikings flirted with allowing Miami back in the game. Adam Thielen scored a touchdown shortly before, tallying the score to 16-3 after kicker Greg Joseph missed the extra point. Then, the Dolphins marched down the field on the ensuing drive, and TE Mike Gesicki scored, etching the score at 16-10.

Miami quickly grabbed possession back and began a steady trot into Vikings territory yet again, but the aforementioned Smith stifled the Dolphins advance with a forced fumble. Cook later delivered the dagger:

And that toss at the end of the clip is evidently a no-no — one Cook likely isn’t sweating too much.

Next up for the Vikings? The Arizona Cardinals at U.S. Bank Stadium in Week 8. The Cardinals rush defense ranks 11th in the NFL per defensive DVOA.